The Dubrovnik Summer Festival is an annual festival recognized all over the world as a unique cultural event and is one of the oldest European festivals. Every year it gathers and connects various national and international artist that all collaborate in the period from July 10th till August 25th, the traditional dates of the festival. It is a time when the Old Town is transformed into a big open-air theatre with numerous historical locations. The historical sites of the town are cleverly used for theatrical, acoustic and artistic purposes. Old palaces, squares, parks and the island of Lokrum all play important role in the ambiance of the Dubrovnik Summer Festival and the way performances are presented to local and foreign audiences. And that is what makes the festival unique, along with the high-quality performances and talented artists from all over the world. The Dubrovnik Summer Festival is very important to local people as part of their cultural heritage, but also many tourists come every year specifically because it is a rare opportunity to see many modern and classical performances in the open air. 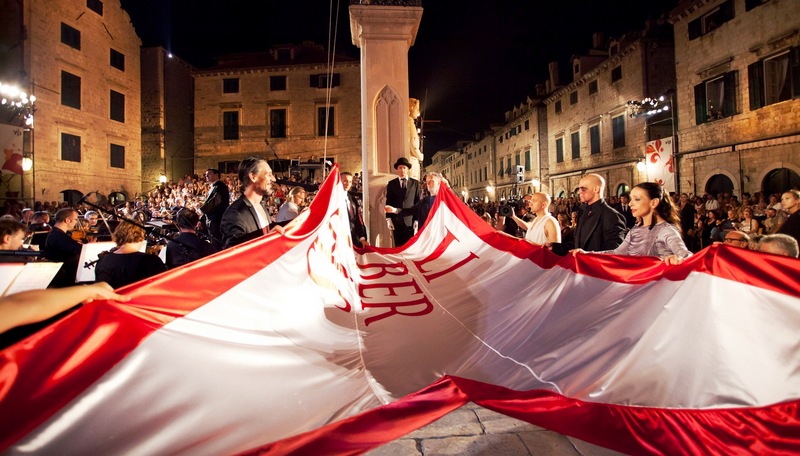 The Summer Festival was founded in 1950, but the idea of such a festival existed earlier. Dubrovnik before the Second World War was in need of such big a cultural event, similar to some that were already happening in Europe, such as the Salzburg festival.
From the beginning the festival was conceived as an international event that would represent all forms of art, such as theatre, ballet, opera, classical and modern music, jazz, modern dance, art exhibitions, movie art and folklore – which has a unique place in the Dubrovnik Summer Festival repertoire as part of its traditional heritage that is represented and cherished by the local folklore ensemble Linđo. 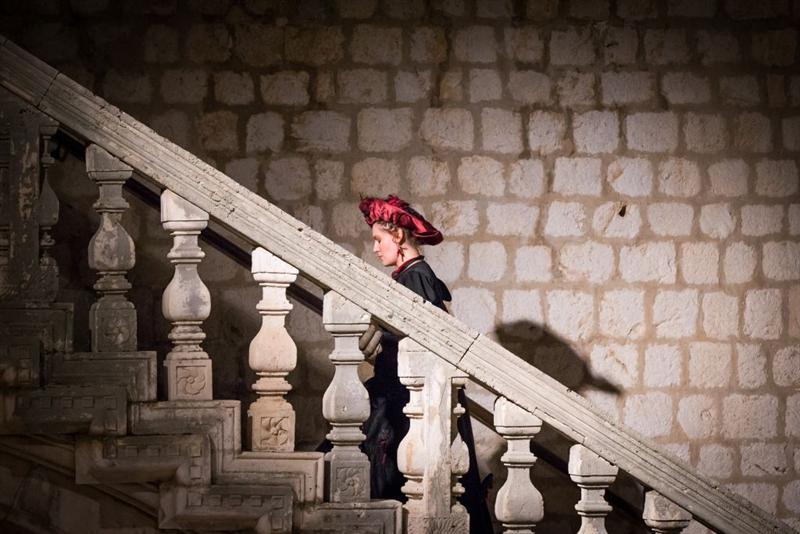 The trademark of the festival is Shakespeare’s tragedy ‘Hamlet’ that was first performed in the fort Lovrijenac in 1952. Since then the fort is recognized as an irreplaceable stage for all Shakespeare’s tragedies and comedies. The role of Hamlet has been taken by numerous famous actors; among them were Derek Jacobi, Daniel Day-Lewis, Goran Višnjić and others. Other famous stars that came to Dubrovnik and had their role in the musical part of the Festival are performers like Montserrat Caballe, jazz stars Duke Ellington and the Dizzy Gillespie Quartet – and numerous others. 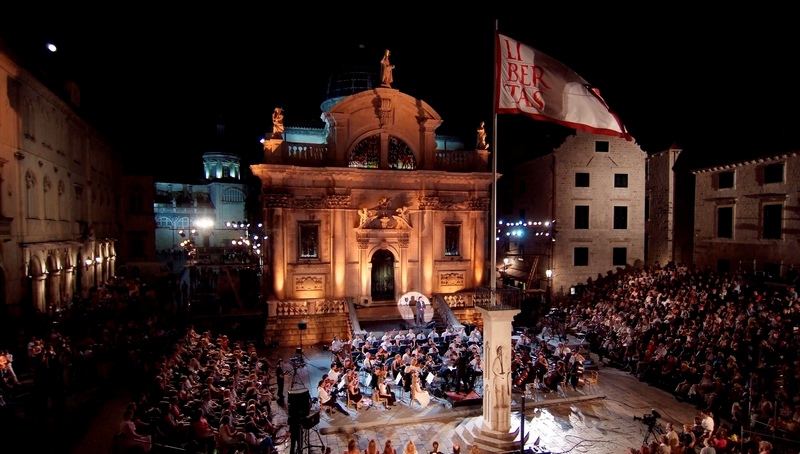 This year the Festival celebrates its 69th anniversary and it is clearly one of the most long-lasting European festivals because of the exceptionally high-quality repertoire that is presented each year. This year again some of the theatre plays, concerts, dance performances, exhibitions, ballet and others will take place in Old Town squares, palaces, the island of Lokrum and the park of Gradac. The whole programme is available on the internet site http://www.dubrovnik-festival.hr/en/agenda and we would recommend you to visit some of the performances during your stay in Dubrovnik because it can only enrich your whole experience of the town and its heritage.