Clara Stones presents Volcano collection, a new collection inspired by the myths and legends surrounding the Roman god Vulcan, blacksmith of the gods, the creative and destructive forces of volcanoes and the fascinating story of the Sciacca coral. 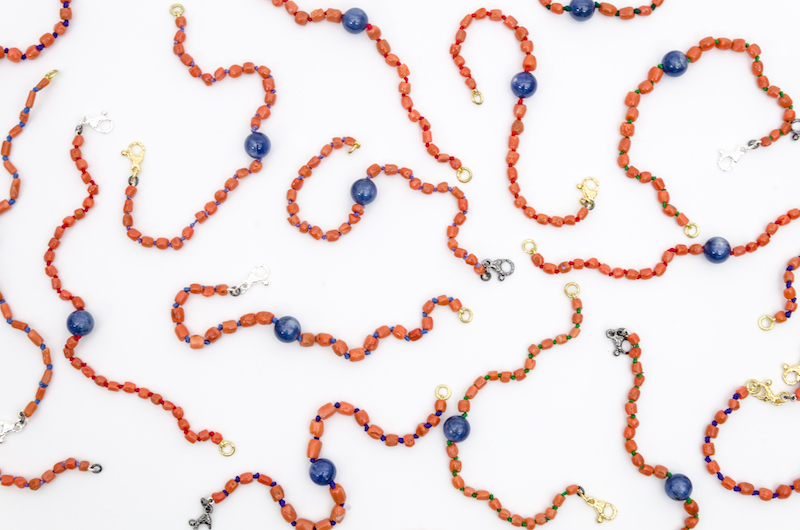 Clara Stones plays a fantasy game of what would come out of Vulcans workshop creating this collection of limited edition and one-of-a-kind pieces. The perfect beauty in nature imperfections, the synergy of the past and the present and an eruption of energy, ideas and colours are the guidelines in creating Volcano collection. 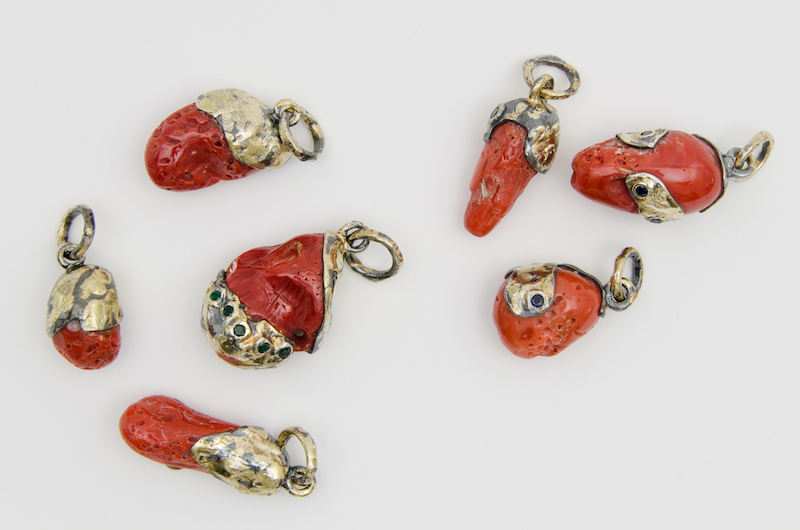 Clara Stones uses favorite Adriatic coral in all its organic shapes and red hues, Sciacca coral, with its mysterious orange shades, rare gemstones, pearls and signature details in black silver and gold melted together just like ashes and lava, giving life to new and fresh creations. 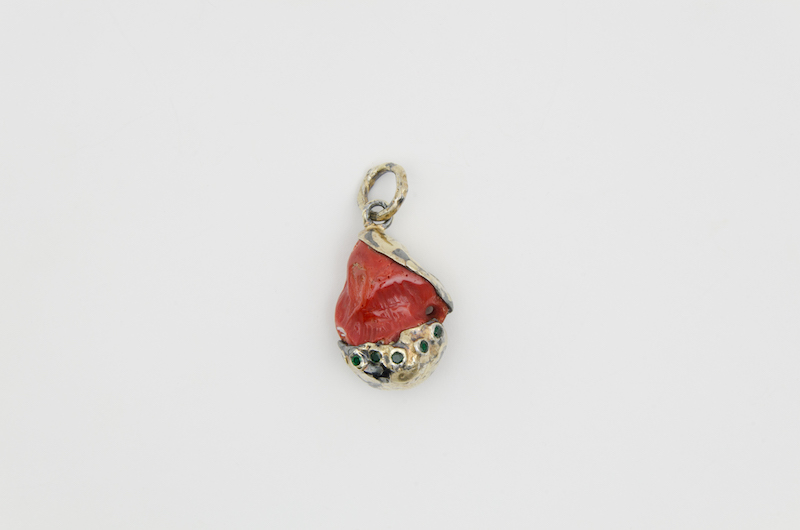 The story of Sciacca

Sciacca coral was discovered in abundance in the late 19th century only in the bay of Sciacca, Sicily, after the famous Isola Ferdinandea appeared and disappeared.
Considered dead coral for its different colour and form, recent studies confirmed Sciacca coral actually is a fossilized red coral Corallium rubrum. Every time an underwater volcano near Sciacca erupted, it boiled all the living organisms including red coral. This happened for thousands of years and the red coral every time left forgotten on the bottoms. The action of volcanic mud during thousands of years conserved this coral giving it unprecedented shades, from orange to intense salmon, sometimes with patches of black and yellow. 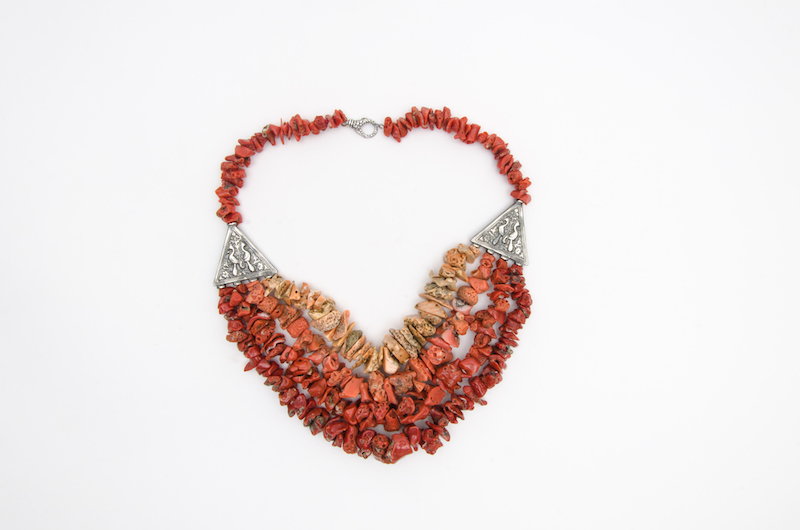 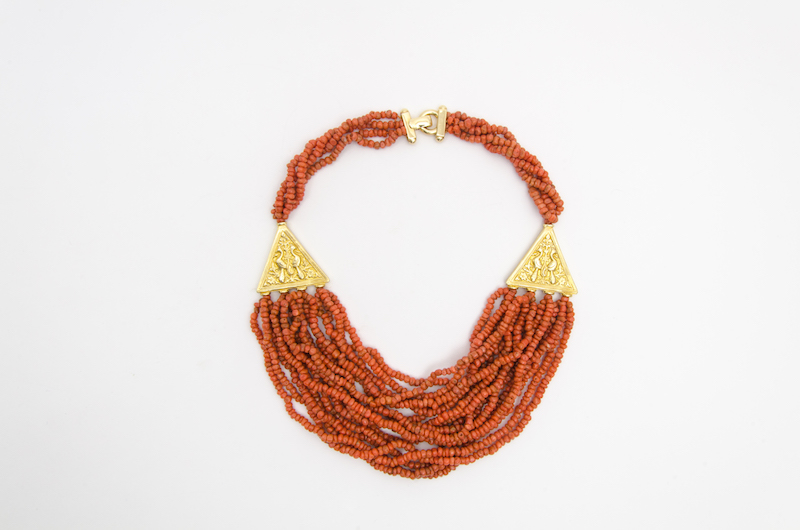 Luxuoriuos one-of-a-kind necklaces are made in all the hues of precious coral with intriguing Sciacca coral and magnetic red coral complementing each other and flowing like fresh magma.
One-of-a-kind pendants and rings reflect the organic nature of Adriatic coral in all its forms adorned with sparkling gemstones and signature black silver and gold.
Statement one-of-a-kind earrings are organically shaped Adriatic coral branches set in beautiful signature oxidized silver and gold. 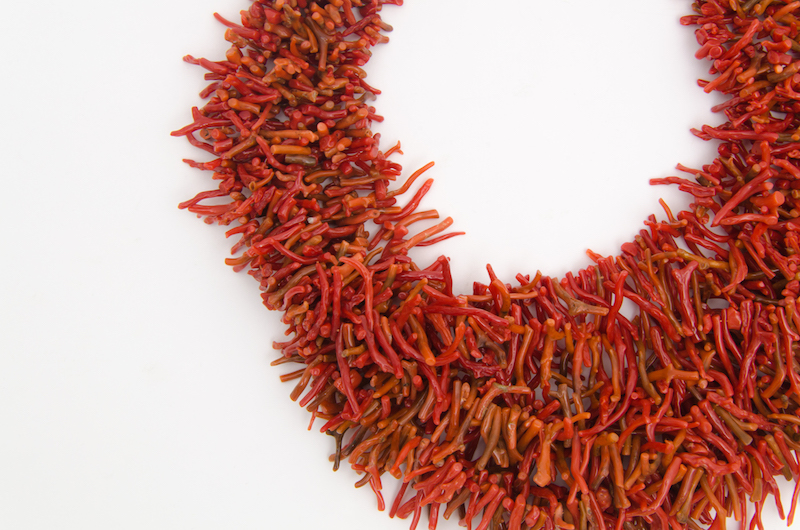 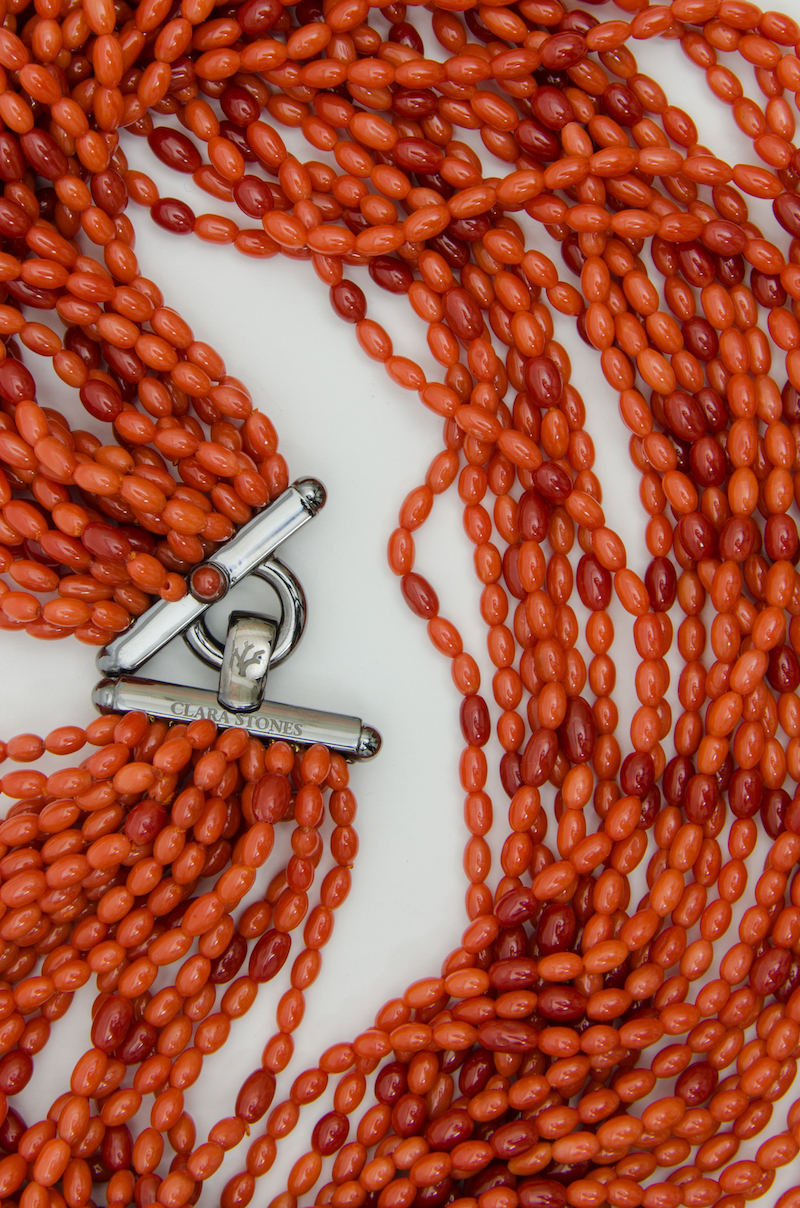 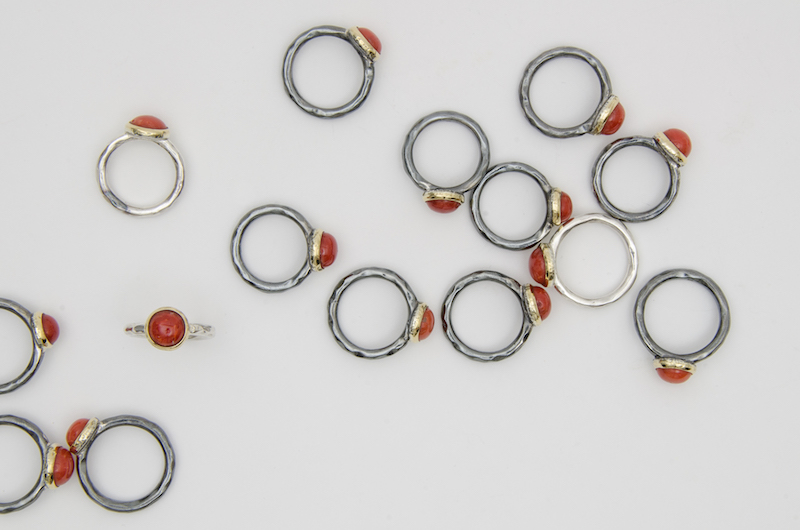 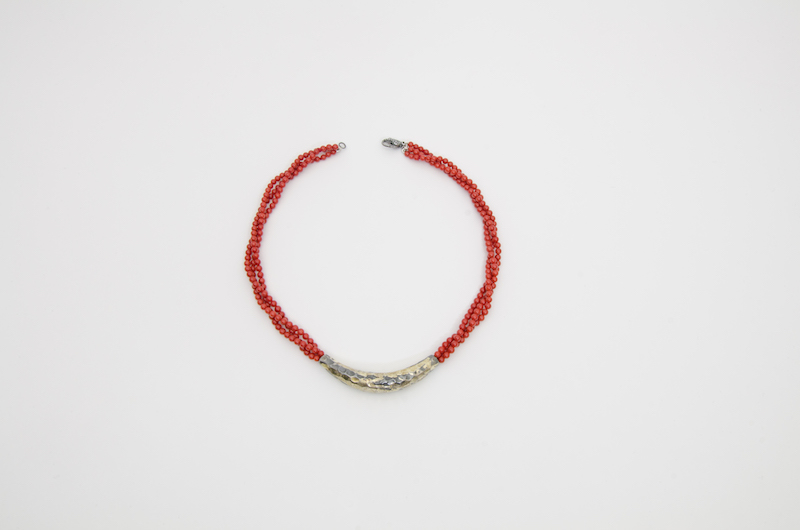