When your name is Lena and you live in Dubrovnik, there’s a really little chance that you will find your namesake, and when you finally find her there’s no greater happiness. Especially when she’s a young, totally cool mom of two lovely girls, who juggles between motherhood and painting. I met Lena last week and I was quiet impressed. I easily recognised her from afar; she was sitting on the steps under Orlando statue, thoughtfully looking into distance. After a few minutes of informal conversation with her, I got the impression that she’s extremely charismatic and sensitive person, an artist whose strength is perhaps best manifested in her selection of really complex painting themes. Lena approaches them in a very original way, but also by painting seemingly inexplicable and banal symbols she leaves room for the viewer’s own interpretation. When I saw Lena’s recent works I noticed the dominance of female figures. Trough her paintings she manifests the love of a mother for her children, but without a doubt, the love for the canvas as well. I also discovered that she’s preparing a project in association with other mothers painters that creatively involves their children as well. Since the child’s honesty is probably the most beautiful thing in the world, I have no doubt that the final result is going to be very interesting. Find out who is this special woman that displays Dubrovnik in such a soft, dreamy way, and who are the true heroines of her paintings…

How did it all begin and when did you discover that art is your calling?

The first answer that comes to me spontaneously is: I had no choice.
There was no key moments in which decisions were made, nor was there a plan B, actually my entire artistic development was natural and spontaneous.
My parents supported and encouraged me to get into art, but with that, they also gave me a little too much freedom to make my own decisions and to live with the consequences. 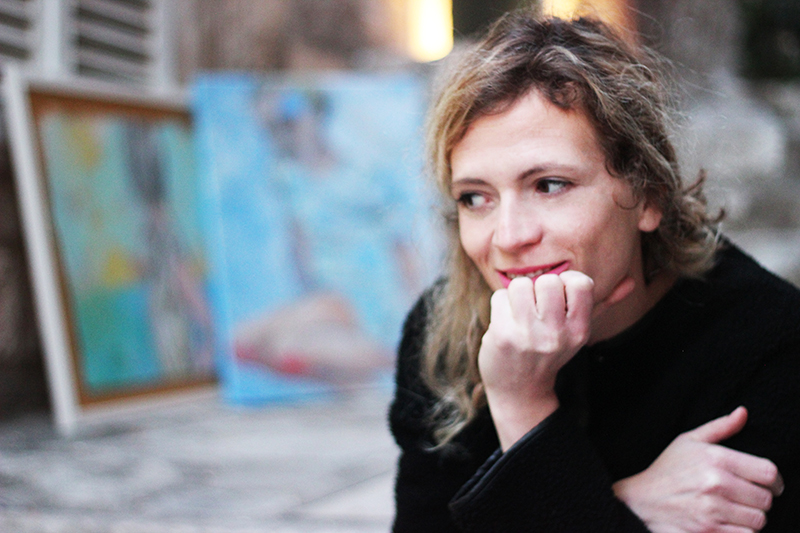 Lena, what is Dubrovnik for you?

It’s crazy what was happening in my head in terms of Dubrovnik when I first visited it as a tourist. Soon, I made my decision about moving here and everything that happened after that is a long story… The ups and downs, and “the fight” that has changed me from a girl into a person I am today, is still going on. The challenge that made me move to Dubrovnik is still present, it keeps me active and it also makes my life here exciting.
In certain moments, Dubrovnik for me is the city of dreams, and sometimes it makes me feel like a prisoner. Currently, I’m trying to expand my horizons but also find much needed freedom within the City walls.

What are the places in the city that have a special meaning for you?

The entire Old town for me has some special magic, it’s almost indescribable. I felt like this from the first day (which clearly remember) I entered the town, until today. The first impression hasn’t changed much over the period during which I learnt about all the disadvantages of living in the city. It’s like those disadvantages gave this city some kind of special power and strengthened our relationship.
I love the surroundings of Dubrovnik, especially the islands. And all the green spaces. 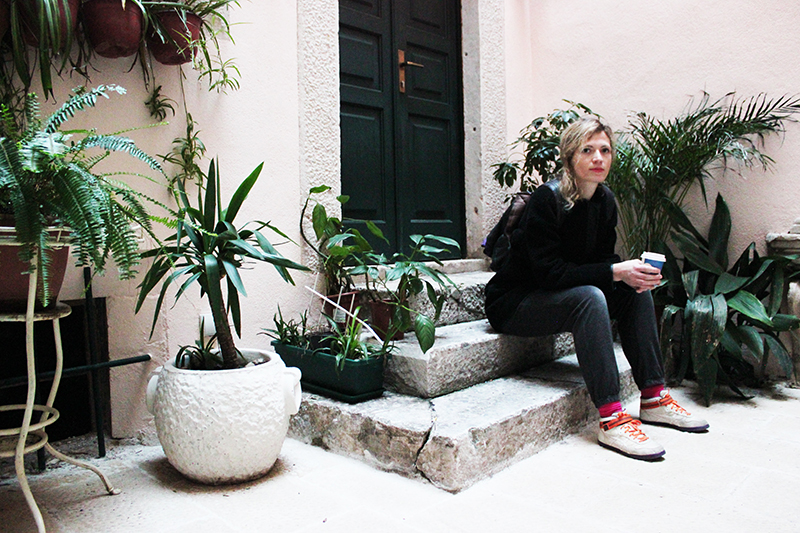 Tell me about your creative process.

I don’t think there is a creative process because, for me, art isn’t something that’s in the process… There’s no beginning and no climax, it’s more like a permanent state of work… and life… in which my work and life become the same thing. That’s why I feel like my way of life (and my profession) is a privilege and a gift and for that I am grateful but also in a constant struggle. 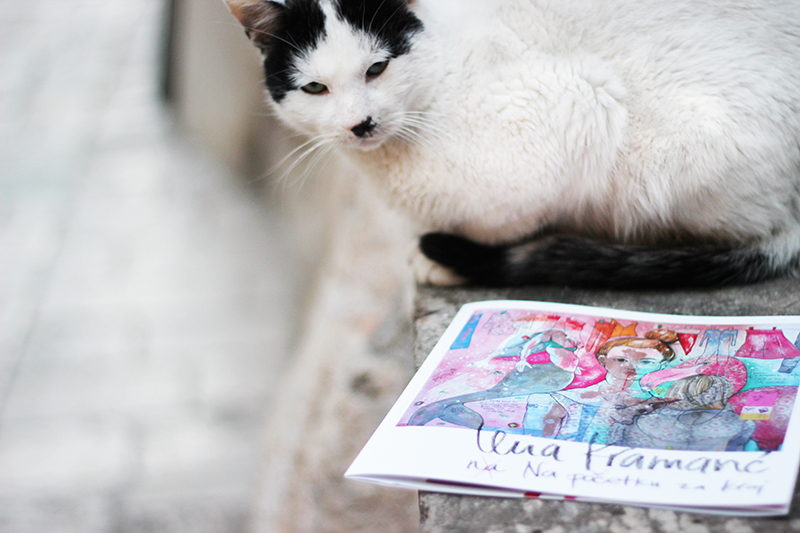 Who are the girls on your paintings?

Female characters are present from the start and at the first glance they are the holders of a painting. On the other, a bit more insightful view, they are basically the “tool” I choose to create an atmosphere, convey information and to stimulate the outside world on canvas. They are a projection of my desires, fears and temptations.
I see them as androgynous characters. I choose the presentation of the female body because it’s more familiar to me… Also, the personal component here has an important role, because there’s always a little bit of me in them since I look at the world from my point of view, my paintings reflect my views on everyday life. This is why I’m often included in my paintings.
The characters in the paintings are not age-defined, so that girls, women and old women are all present and every single one of them reflects on the circle of life.

What would be your advice to young artists?
Hard work and perseverance. To be themselves and to follow their own way without listening other people’s advice. 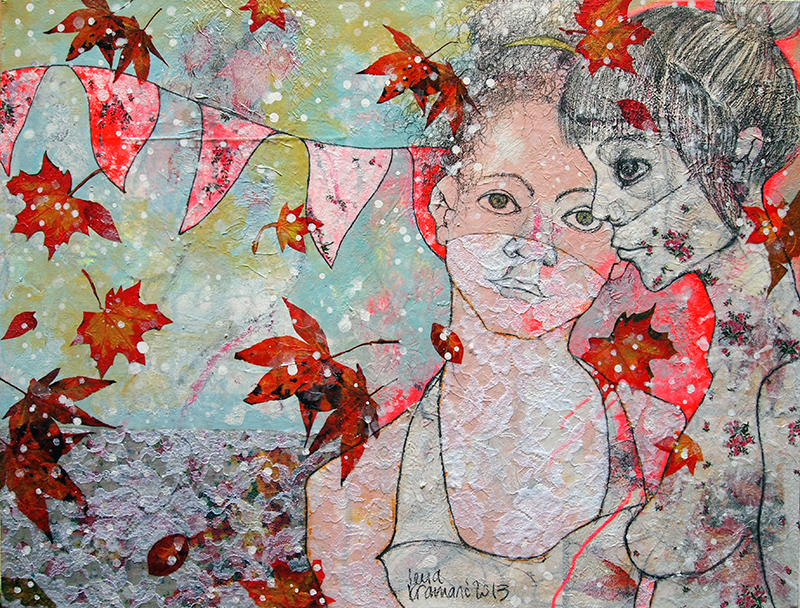 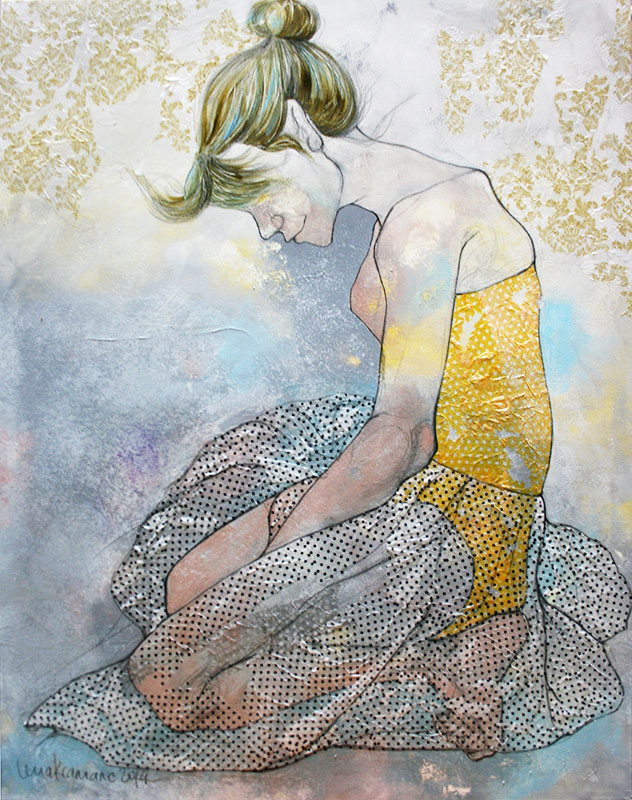 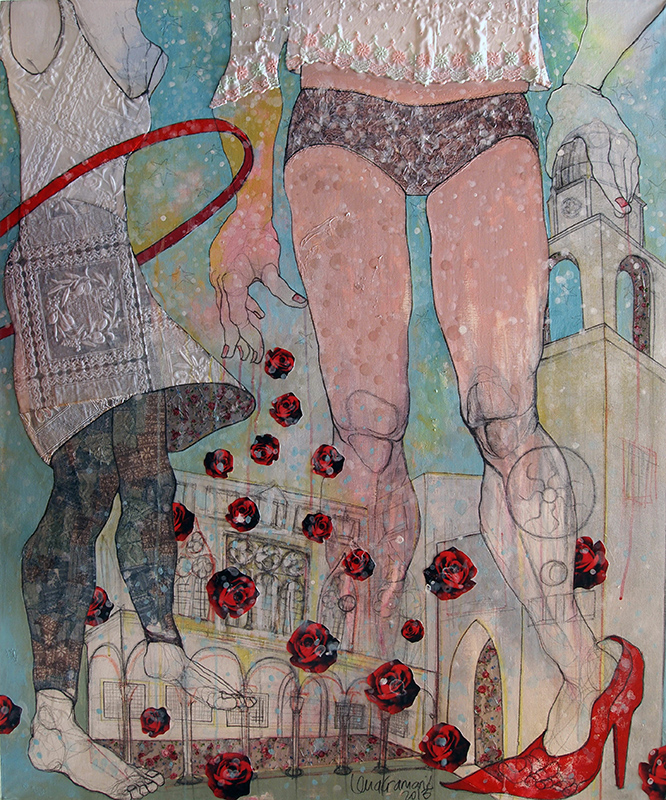 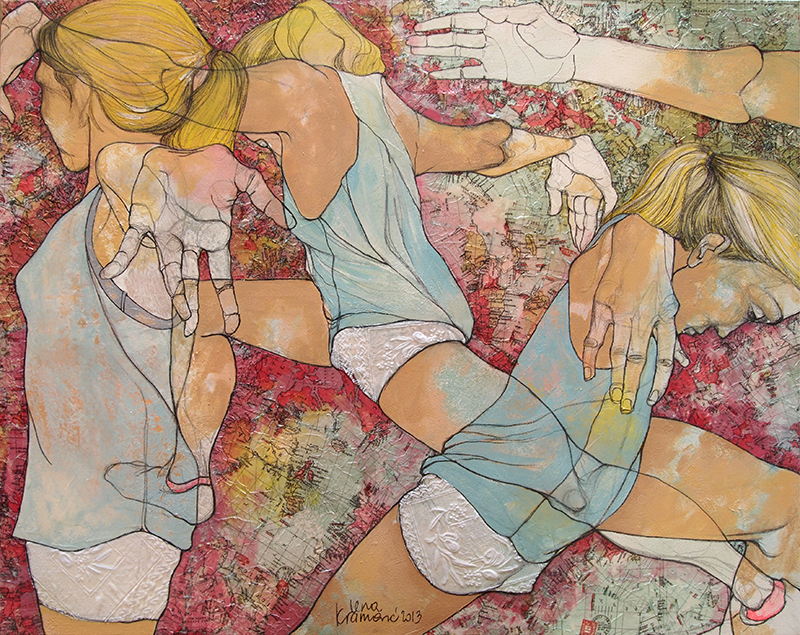 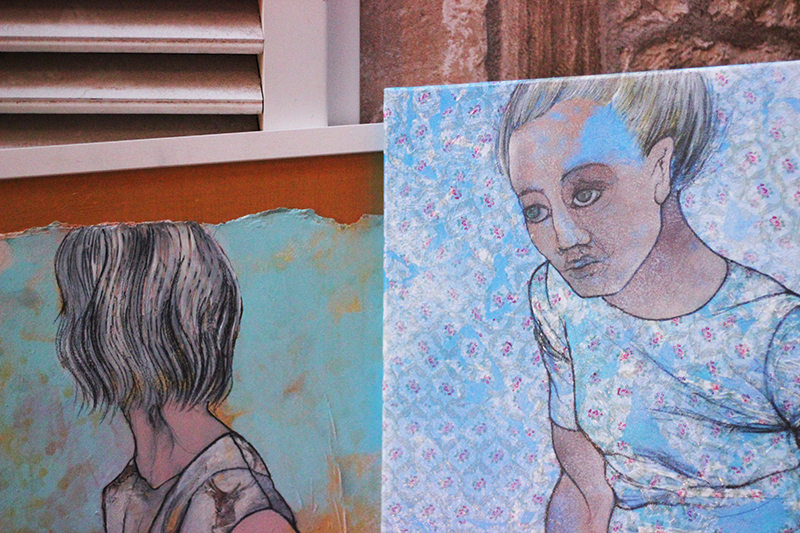 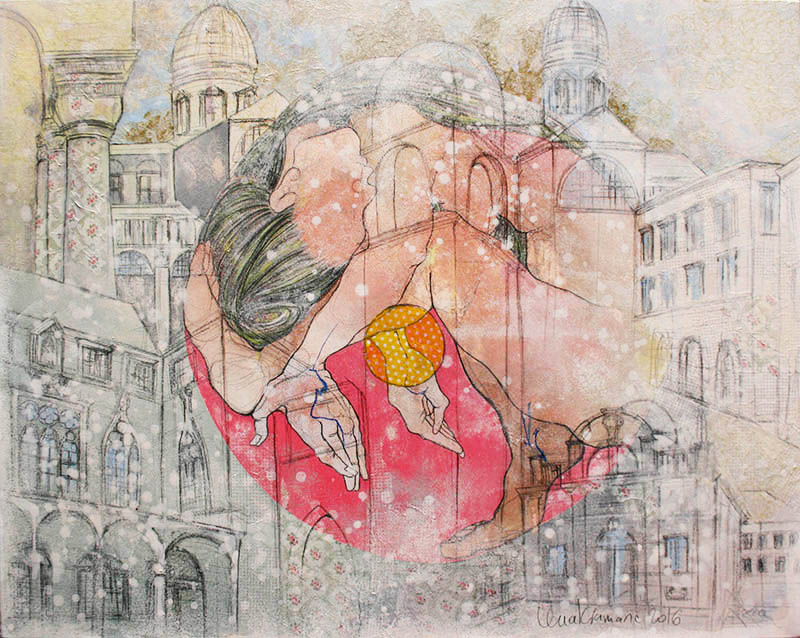 VOGUE US: Restored monastery at the island of Lopud as a private paradise!

Who is the girl that captured Dubrovnik so magically?