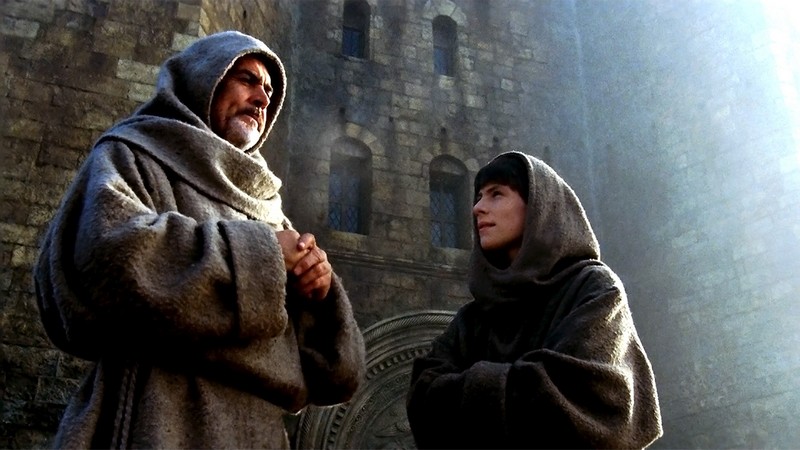 A famous drama-thriller from 1986 directed by Jean-Jacques Annaud, based on the novel by one of the greatest contemporary philosophers and writers Umberto Eco, with Sean Connery in the lead role. As a part of the Dubrovnik Summer Festival film program, ‘The Name of the Rose’ will be shown tonight at the summer theatre Slavica at 9.30 pm. This could be a really interesting experience because the cinema Slavica is located on a large terrace above the main street a  short walk outside the Pile gate and offers a beautiful view on Adriatic sea. As it is an open-air cinema, the Slavica is open only during the summer and shows depend on the weather forecast.

In 1327 a respected English Franciscan friar, played by Sean Connery, arrives with his student (Christian Slater) at a Benedictine Abbey in northern Italy, where he is to discuss the future of the Catholic Church, which was at the time in the grip of several disturbing undercurrents. Before most of the guests arrive several mysterious murders occur.