If you’re coming to Dubrovnik by road, you will surely cross the bridge and maybe even take a picture from there as it offers a magnificent view over the Gruž harbour. The sunsets from that location are just incredibly romantic! If you’re curious about the story behind the bridge, keep reading, you’ll be surprised. 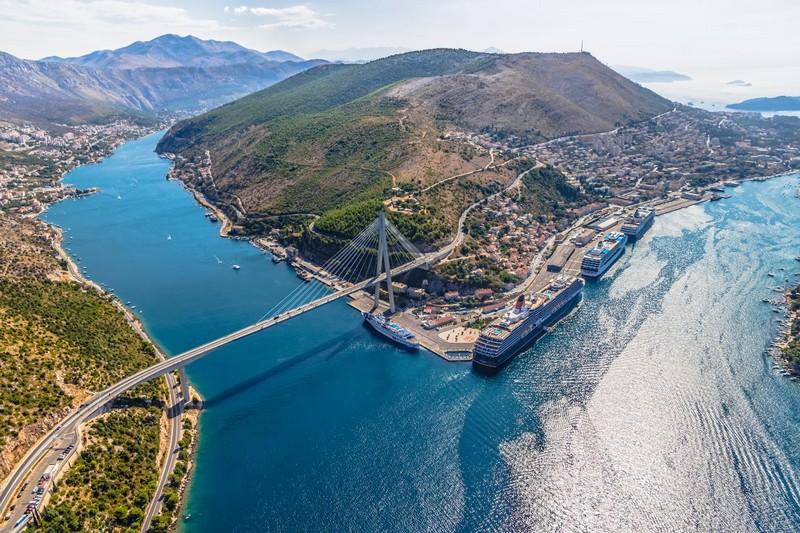 The bridge was build in 2002, it’s 518 meters long and 50 meters high. It’s a cable-stayed bridge carrying the D8 state road at the western approach to Dubrovnik, Croatia across Rijeka Dubrovačka near Port of Gruž. The built was supposed to begin in the 90s but due to the Domestic War, it was postponed and it started almost 10 years after the original design was made. It took four years to make it and it costed about 250 million Croatian kunas which makes it the most expensive bridge in Croatia so far. 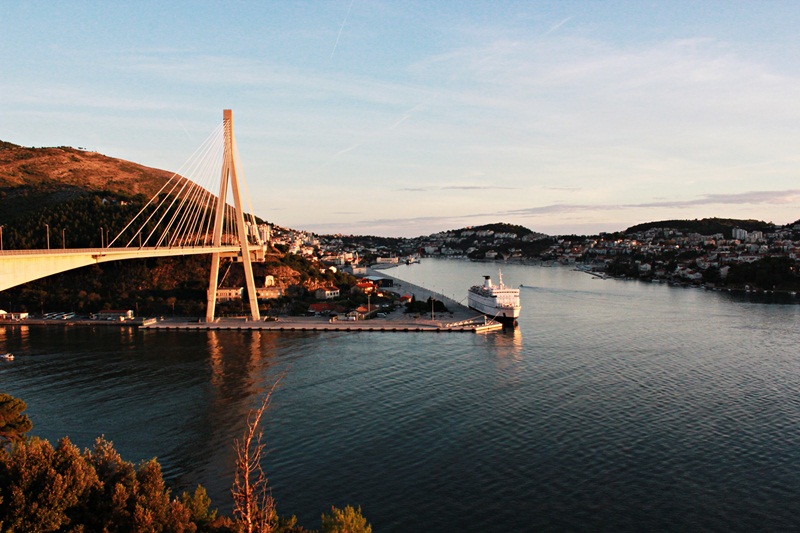 The name
The bridge was originally named the Dubrovnik Bridge, but it was later renamed into The Bridge of dr. Franjo Tuđman (the first Croatian president). There were numerous political conflicts on that matter and at some point there were multiple road signs with different names confusing both locals and tourists. The mayor of Dubrovnik at that time insisted on changing the name and she succeeded in 2004 when the bridge was formally renamed.