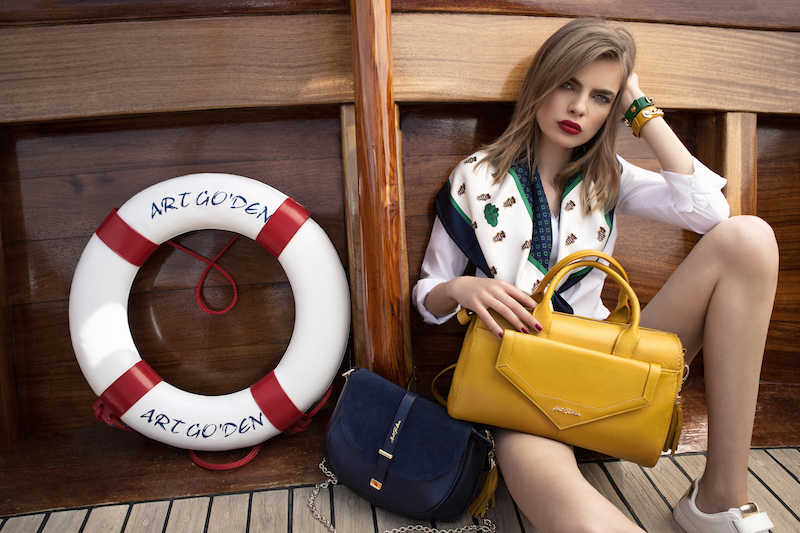 Response to this question is coming in a split of second, Dubrovnik’s fashion brand that is lasting for more then decade, creates fashion accessories who are defining refinement and profoundness of our city such as: bow ties, ties, scarves, handbags, wallets, belts, jewelry. Their fashion accessories are made of natural materials such as silk and leather and are considered timeless fashion pieces that are very often wore by local ladies and gents in Dubrovnik, and more so by international clientele visiting our city. It seems that Dubrovnik and local heritage is never-ending story to Art Go’den when it comes to inspiration for design of their products. It is even more interesting, that there is no some world celebrity such as: Mickey Rourke, Roger Moore, Bernie Ecclestone, Shahruk Khan, Monica Bellucci that came to Dubrovnik but did not visit one of their shops – located in most eminent hotels in Dubrovnik: Hilton Imperial, Valamar President and Lacroma, Rixos Libertas, Kompas, Sun Gardens Dubrovnik, Sheraton Riviera, Airport free shop, or at least receive some gift, such as a silk tie with embroided coat of arm od Dubrovnik. 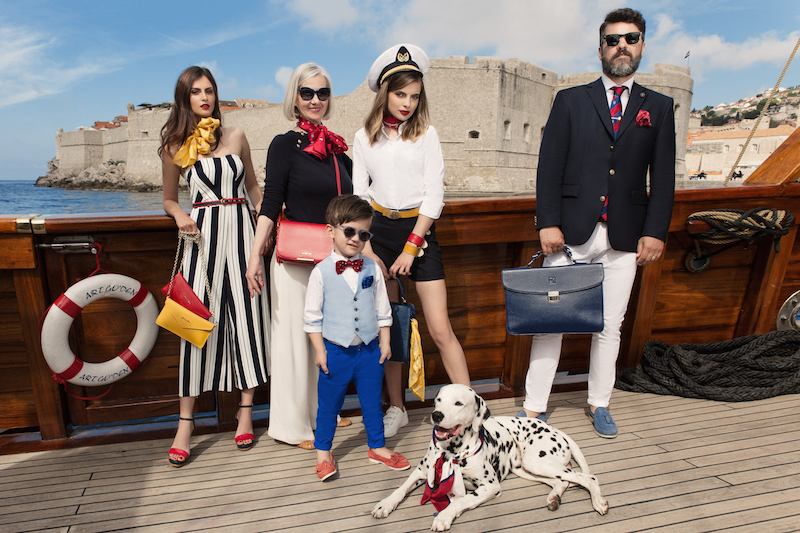 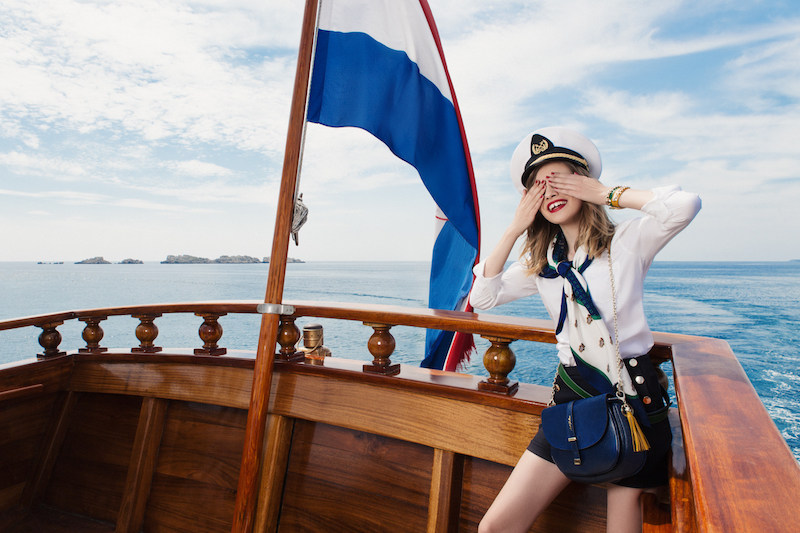 That constant inspiration with local heritage, is looking this time into maritime heritage as symbol of once upon a time Ragusa Republic as its inspiration for this campaign. For its location, old traditional Karaka ship intentionally was chosen, that was anchored for this occasion in front of Old Port. While they choose local amateur people with strong character for their models; as the youngest captain in Dubrovnik Maro Car, stage manager in retirement Kaća Carević, smallest model in town Jakov Vulanović, dalmatian dog Spottey as symbol od Dalmatia and Mediterranean, along with two professional models Anamarija Crnoja that was last year winner of Elle Style Awards for new cover face and Ivana Eva Klobasa that is shooting editorials from Milan to Istanbul. Behind the camera is young and creative Srećko Rundić who won the Elle Fashion Photo Talent and was doing lately lots of major fashion campaigns in Croatia. 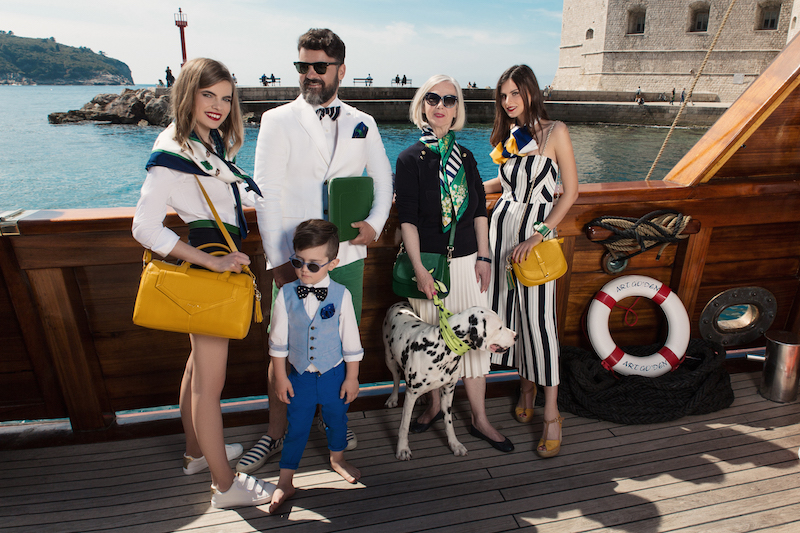 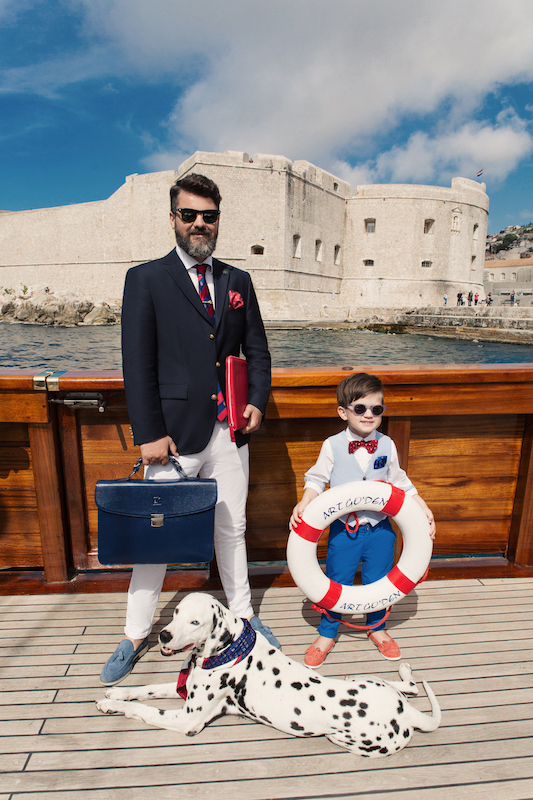 Whole crew behind this campaign was more or less of local character, combination of charismatic amateur people that are not involved in fashion industry whatsoever and industry professionals, intentionally because they are telling story about local brand and local heritage motives as in our surroundings as well globally. Its design is using their products as media to communicate story about authenticity of our region and its local heritage, as through the history by using visually the local heritage motives and apply them on our products, as much as through the present with engagement of local people for this fashion campaign in front and behind camera. 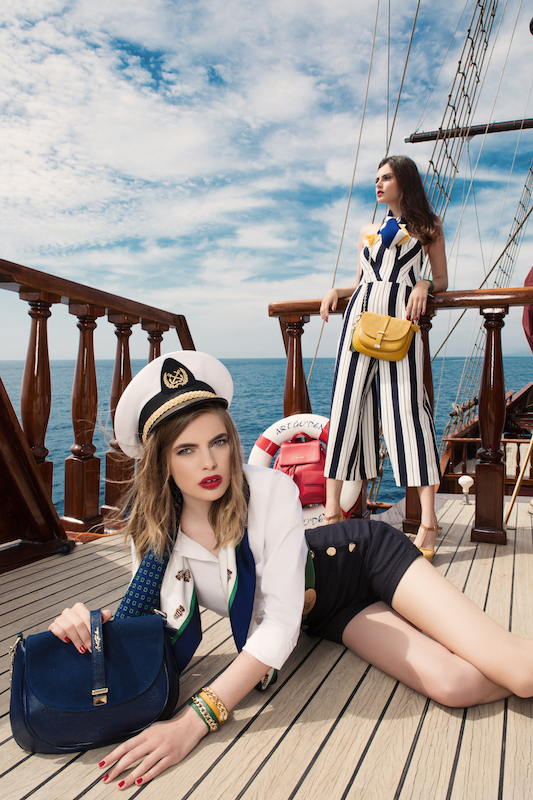 “We use this opportunity to thank to all our friends and colleagues involved in this campaign, there were some certain small obstacles and funny moments while shooting, mostly because location at sea and sea-sickness of models, fact that we have pet-dog involved as much as young boy that logically rather alive. There were many beautiful but yet different human characters involved in shooting, that is the reason why this visual story has an eclectic character and those results are visible as a final product on its photos.” 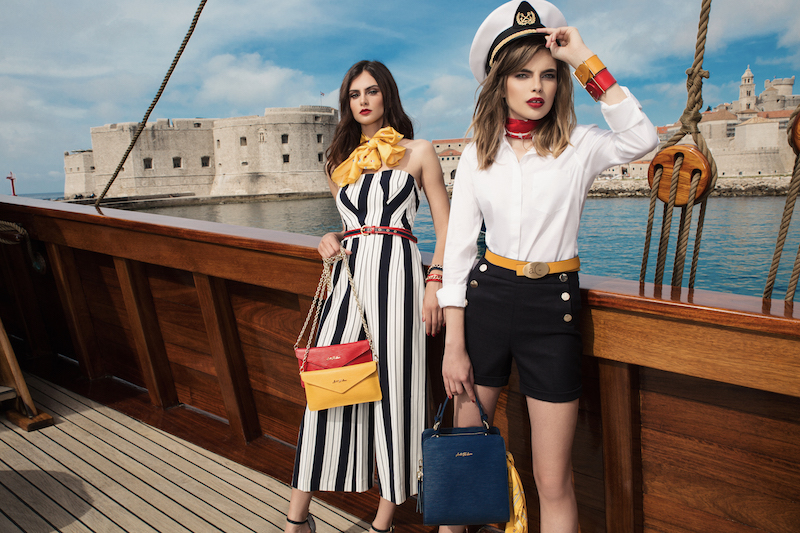 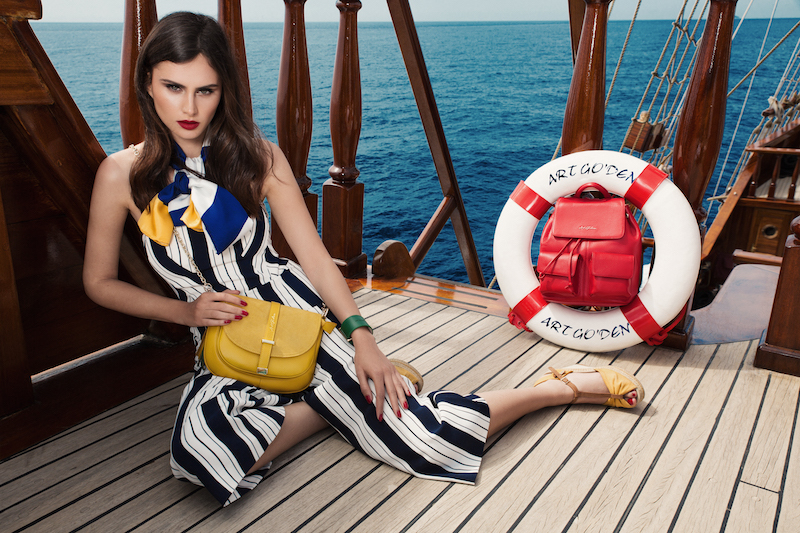 Conclusion is that every Art Go’den client who is wearing its fashion accessories, to greater or lesser extent, in its local surroundings or globally is ‘wearing Dubrovnik’ and in the same time is ambassador of our beautiful Dubrovnik and Croatia. 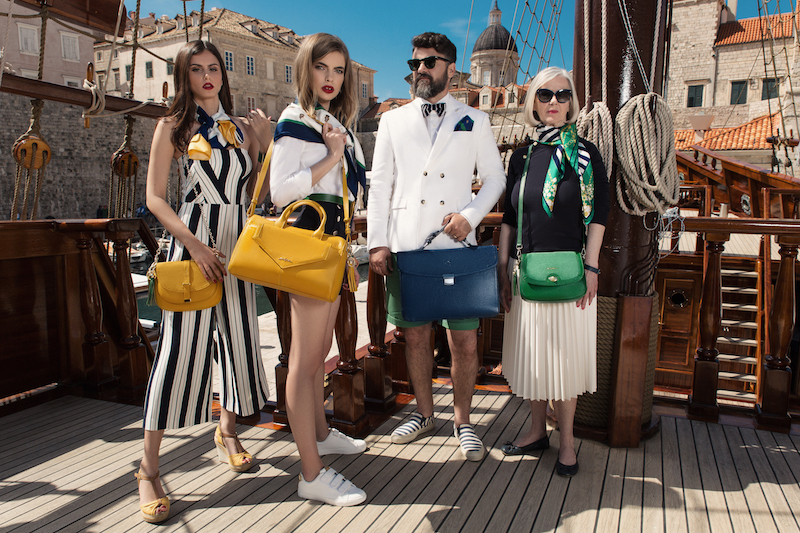