Ok, when you see dolphins in the sea you can’t possibly stay calm. Those beautiful creatures have the power to make you feel instantly happy. Yesterday, the skipper of Adriatic Explore travel agency had the honor of being in the company of this magnificent being. A lovely dolphin was following skipper Ivan for almost an hour: “I was really surprised because I didn’t expect that. But I was excited and glad that I had  this experience, which is unusual for this region”, says Ivan.  Can you imagine a better tour companion?

Things you may not know about dolphins:

There are many things we don’t know about dolphins – and what we do know usually make us eager  to learn more about this intelligent species. Most people are familiar with the fact that dolphins are not fish, but mammals. Mothers suckle their young suckle up to the age of four, and their average life span is 50 years. 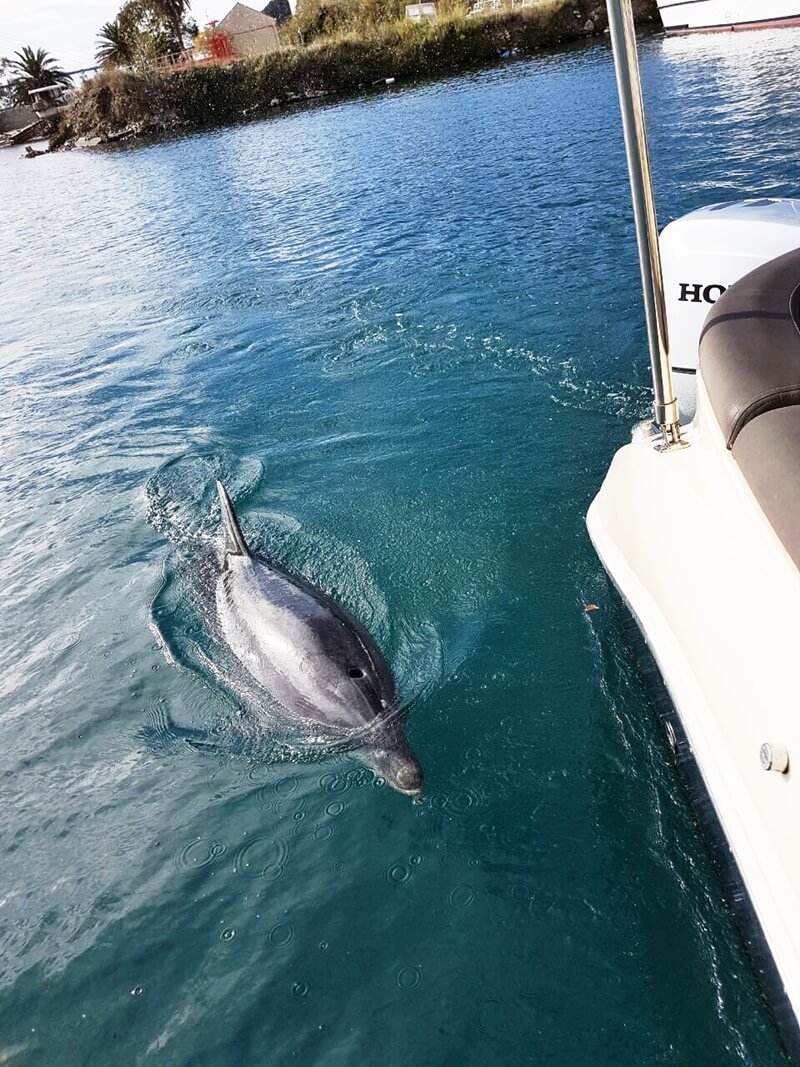 Dolphins don’ t sleep because they need to be conscious in order to breathe. However, they have developed the useful ability to rest one half of their brain while the other half is still active. They produce high-pitched squeals, but scientists tell us this means of communication is much more complex than was initially thought. For example, different groups of dolphins use different frequencies of squeals, meaning each population has its own language (or at least, their own dialect).

Dolphins also use their sounds for echo location. After producing a quick squeal, they are capable of sensing the sound reflected from nearby objects. In other words, they have  a natural sonar. They can produce up to 700 clicking sounds per  minute, providing a detailed image of the surrounding area. Not bad for an animal with no ears – dolphins have two openings on their head instead. They can also sense sound through a special bone in their jaw. All things considered, dolphins have seven times better hearing than humans. Also, a dolphins’ outer layer of skin is made completely of living cells. Because of this, they are much more sensitive to touch than humans, and they have no resistance to bruising.