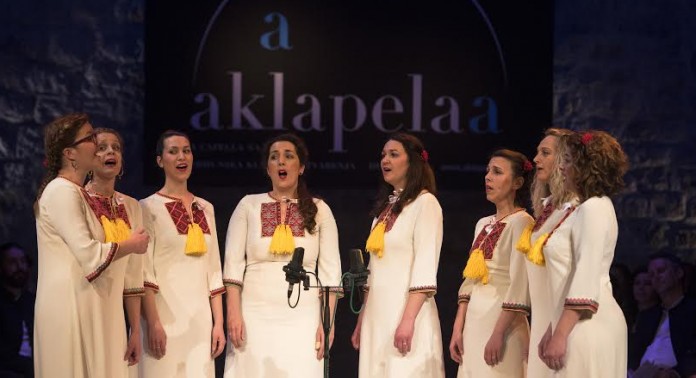 The fifth edition of the Aklapela Festival will take place in Dubrovnik, from 8 to 10 April 2016. Numerous acclaimed vocal groups from all parts of Croatia will perform as a part of the Aklapela festival, a festival that fosters and respects traditional a cappella singing, recognized by the UNESCO as the world intangible cultural heritage.

Twelve Croatian klapas, selected by Aklapela’s artistic director, dr. Josko Caleta, will perform at the historical venue Lazareti on 8 and 9 April, while the Festival’s final concert will take place on Sunday, 10 April, at the spectacular venue of St. Dominic’s Church.
On Friday, 8 April, the following klapas will perform: Kapric, Luka Rijeka, Orca, Nostalgija, Subrenum and Luka Ploče. The Festival will continue on the 9th of April (Saturday), when the performances of the following vocal groups will take place: FA Linđo, Dišpet, Sinj, Kaše, Tragos and Bunari. Traditionally, the Festival ends with the klapa performances on Sunday, the 10 of April, when the groups will perform at the St. Dominic’s Church.

The Aklapela festival is the authentic Croatian musical product that, for the fifth year in a row, enriches the culture tourism of the city of Dubrovnik off the peak season.
In dr. Caleta’s words, ‘the Festival is a humble sign of gratitude to all the generations of singers who left their hearts and souls in the klapa singing circles and handed down this tradition to new generation of singers’, adding that he believes in preserving this authentic way of Croatian singing, as well as in further development of the Festival in the years to come.
We invite all music lovers and fans of the authentic Croatian klapa singing to join us at this year’s fifth Aklapela Festival from 8 to 10 April 2016.

Exclusive dinner: Korta Katarina presents a variety of their wines to their business partners