Dubrovnik is a resort in south Croatia that typically enjoys fair Mediterranean weather, with hot summers and mild winters. September is still extremely warm from the summertime, although it is usually much wetter than July and August. But this year November was a really hot month in the year!  It’s generally a good time to visit as the cruise ships have left for the season and the water is still warm enough for swimming. Our popular TV host and forecaster Milan Sijerković explains what kind of weather we can expect for the end of the year.

“According to the long term forecast, until the end of the year and in the first two months of next year the weather in the Dubrovnik area will be at the level of the long-term average or a little warmer”, explains Sijerković. 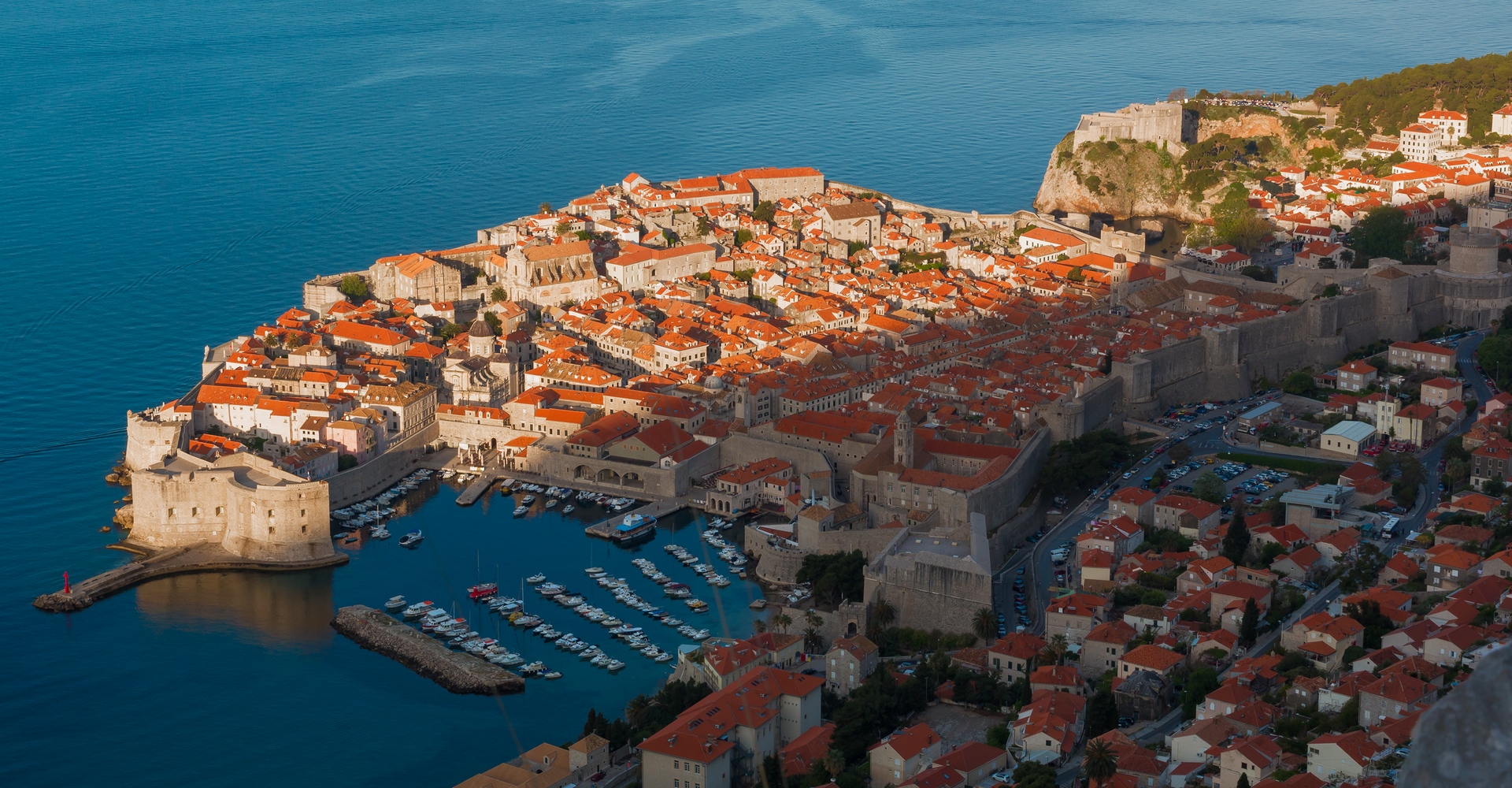 “We can’t say what kind of weather it will be for the Christmas holidays in the Dubrovnik area. Based on normal climatological characteristics it can be assumed that the weather will be variable: initially it is likely to be warm and rainy with a strong south wind, the Jugo, then occasional drier periods, with partial clearing and some cooling and a strong NE wind, the Bura. It would be wise to have some protection from the rain and a little warmer clothing”, says Sijerković.

The north easterly ‘bura’, and southern ‘jugo’, are two most common winds in our area, both of them showing up at any the time of the year. Perhaps you’ve met them, but let us introduce to you the main differences between them. 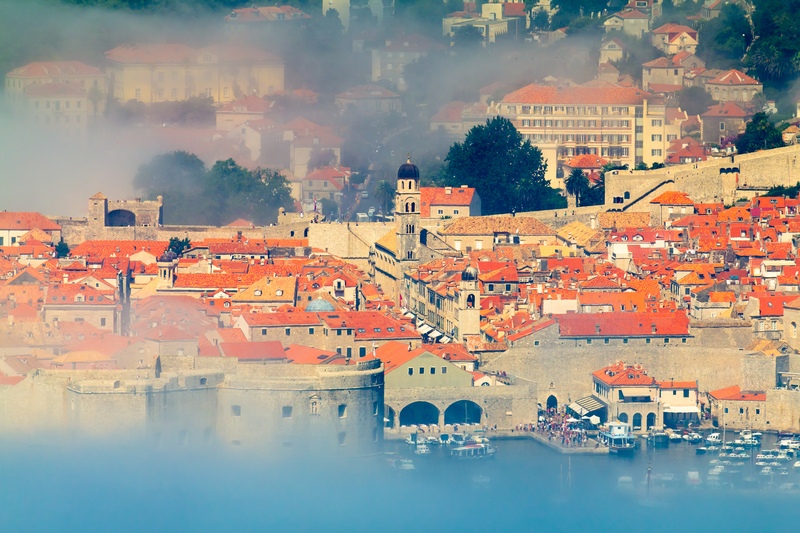 First of all, we in Croatia, especially in Dubrovnik, believe that the wind affects not only weather, but also ones mood, health, and even the most disturbing thoughts and depression (the jugo is to blame for that).

Why is the bura important? It is a good wind – clean and cold, it ‘clears the head’, as we say here. It dispels the clouds, but brings us cold weather. It is simple: if you go out and see a beautiful sunny day, but you’re freezing at the same time, you are feeling the bura deep in your bones. 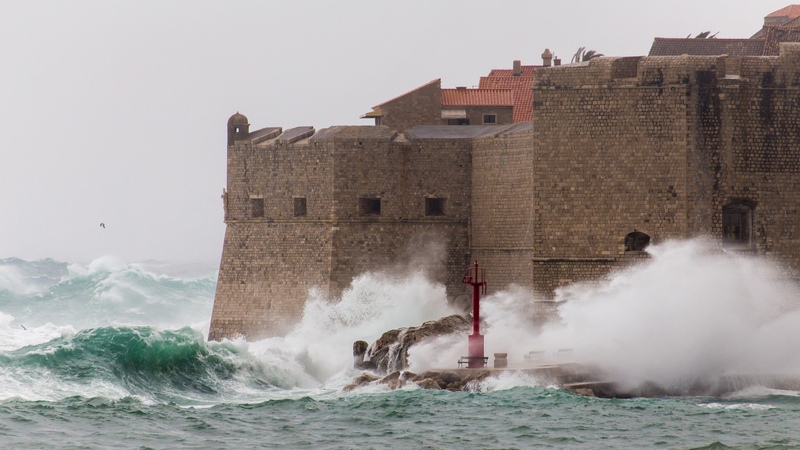 The bura has many benefits – it is considered to be a salutary wind, for centuries helping people to have better ‘pršut’, or ‘sir’, our ham prosciutto and cheese, but also some disadvantages – it can reach speed of 220 km or 136 miles per hour! Woo-hoo. There’s a familiar refrain in Dalmatia, ‘Sveta bura’ (saint bura), that basically says it all. 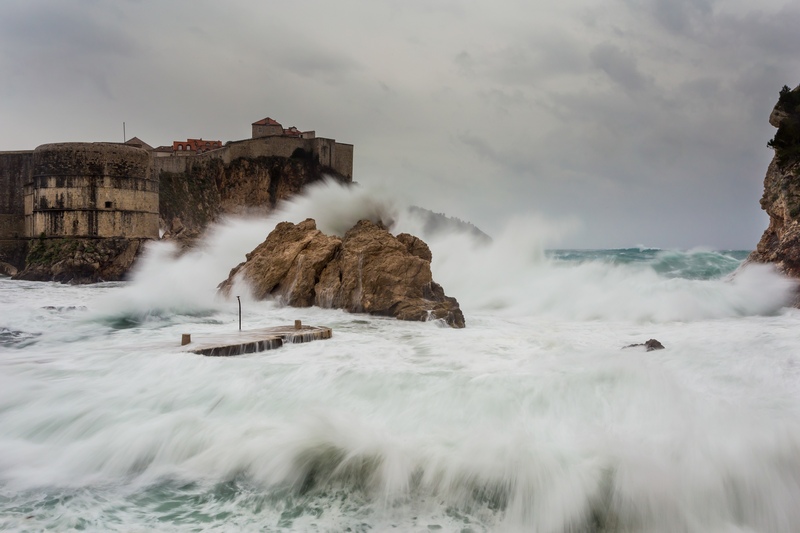 The jugo is a very ‘soggy’, moist wind, bringing dark clouds and rainy stormy days… It is considered a bad wind. We don’t like the jugo, we simply miss the sun. The jugo brings melancholic behaviour, depression and bad thoughts for many people. 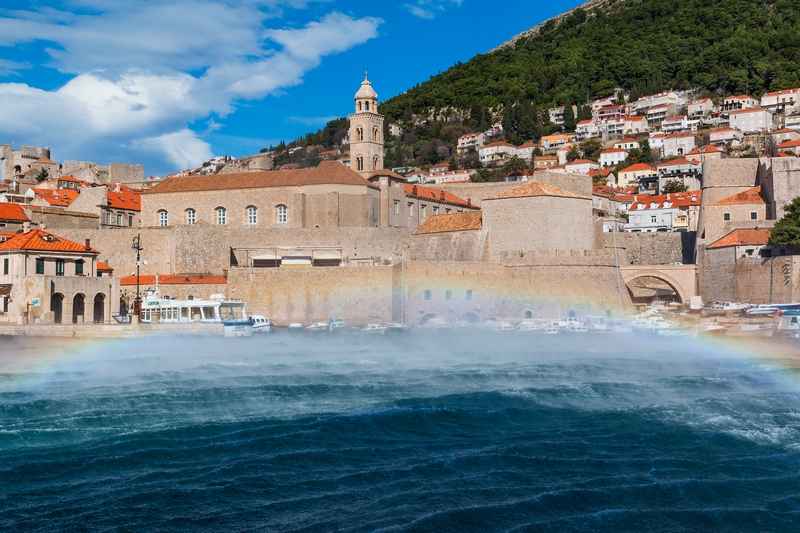 There is even a story from the Dubrovnik Republic that says that people did not make any important decisions during the jugo.
If you hear somewhere around you: ‘Južina je’, prepare yourself for wheezing, headaches and so on, because the jugo is coming…