It’s not every day you get to see the world from the deck of your own yacht, unless you’re a billionaire, of course… talk about a gap in the market! The Yacht Week offers seven days of sailing to hidden splendours that most landlubbers will never see, experiencing exclusive events and, the best part, being completely surrounded by an equal balance of adventure-seeking guys and girls from around the world. 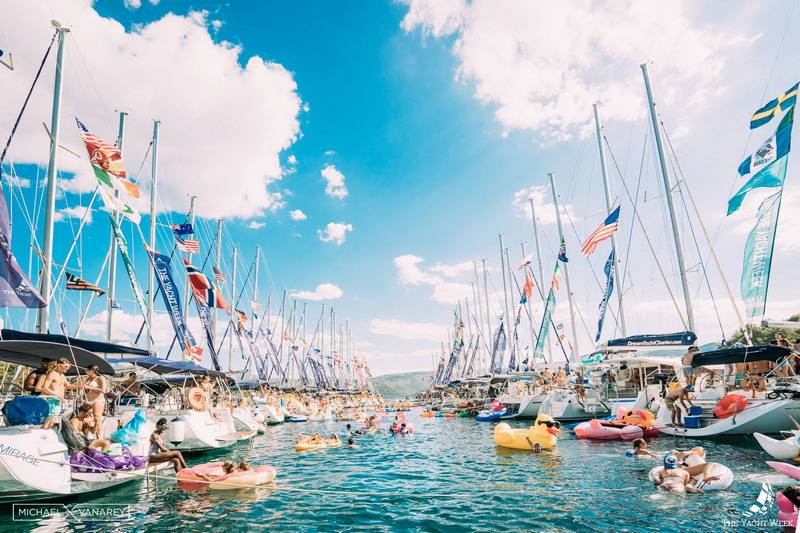 “The original reasons for choosing Croatia are still calling us back 10 years after our first visit: its rustic charm, oodles of history, spectacular scenery and of course, undoubtedly smooth sailing are the very essence of this Adriatic jewel”, says Sophie from one of the crews, and continues “It’s so good, we do the same trip twice, with two routes (Black and Red) visiting the same spots but in a different order. For both routes there is a fleet of about 50 yachts”.

One feature of the Yacht Week is when the whole fleet rafts up together and there is all the fun of swimming, playing and meeting the crews of other boats. The evenings are very spontaneous and can become quite festive, with a variety of parties happening for you to choose from. 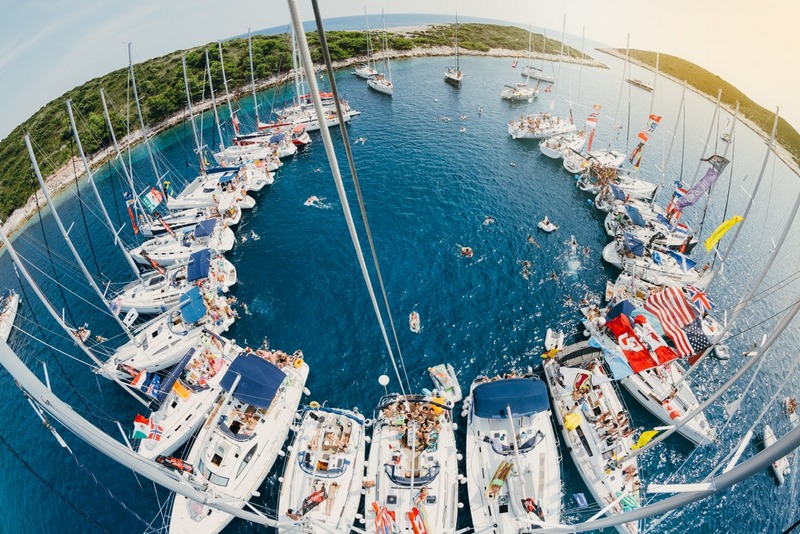 This is the tour of The Yacht Week, beginning and ending in Split. It’s well worth a wander along the vibrant waterfront of the second-largest city in Croatia. You can’t leave Split without discovering the Diocletian’s Palace in Split Old Town. Inside this impressive Roman monument are an array of vibrant local restaurants and colourful shops. Remember to check which marina you will leave from – all are only a short drive from Split Airport. 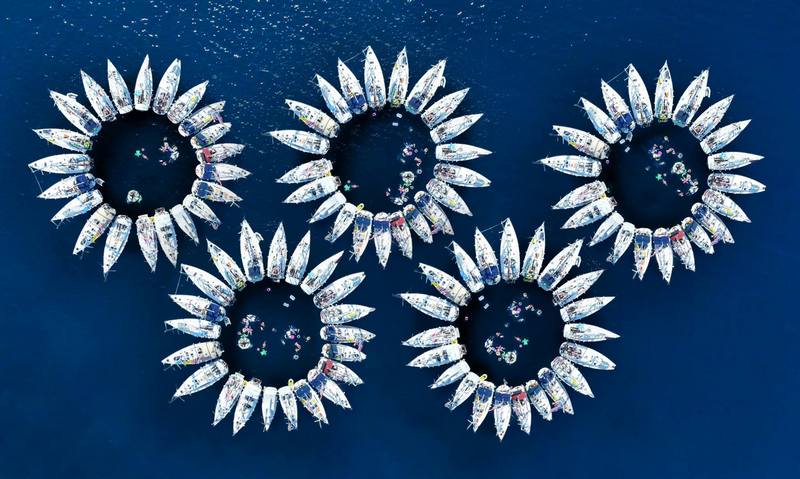 The second destination is Hvar: welcome to the St. Tropez of Croatia! Anyone who is anyone has been seen along this marble waterfront which is filled with boutiques, bars and restaurants. Two of the most popular TYW events are hosted in Hvar; one at Hula-Hula beach bar and the other at Carpe Diem, both to be enjoyed in considerable style, of course. All yachts are moored in Palmižana marina, on a small island right opposite Hvar. 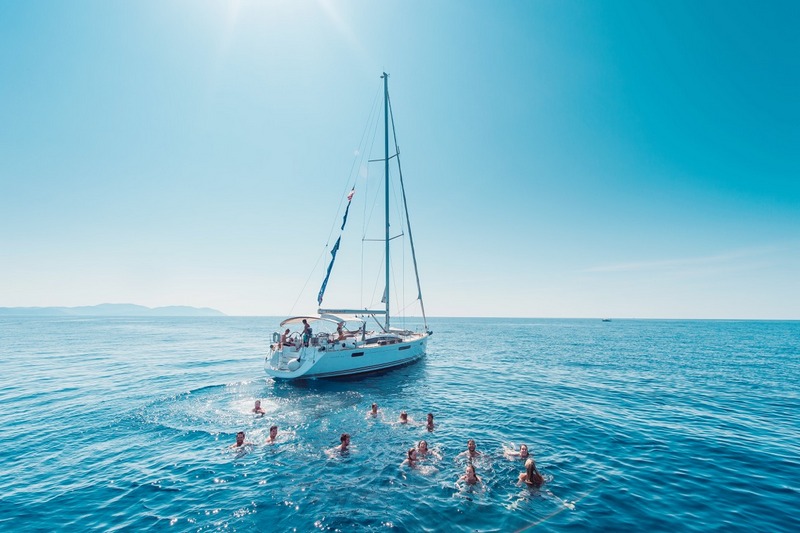 The place to be is the island of Vis. Croatia’s most distant and untouched island was only opened to foreigners in 1994 as it was the military headquarters for Tito. As a result, historical architecture is rife in Vis. Including Fort George, a restaurant and venue set within the crumbling walls of an old British outpost built in 1813. The panoramic view from the bohemian styled garden is just as memorable as the food and this is where we will host possibly the best party of the week. 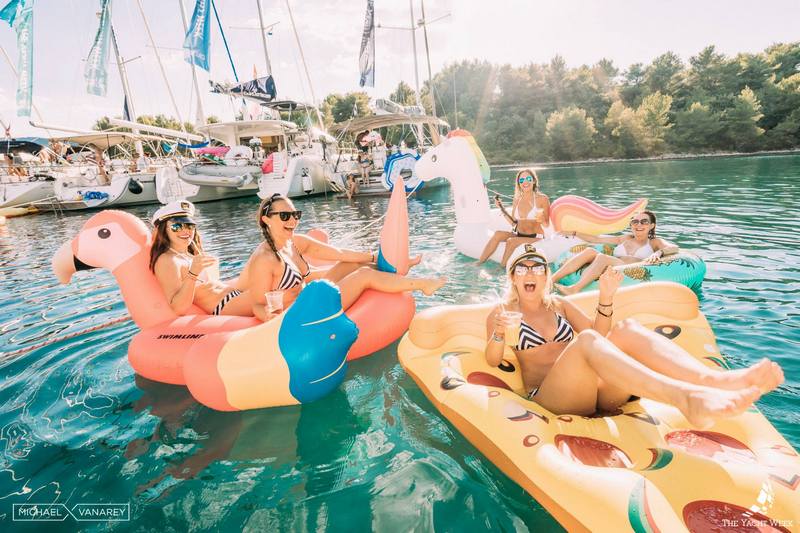 Fort George is a new restaurant that opened on the 1st June with two new chefs.  Looking to the vibrant Mediterranean cuisine for inspiration, chefs Luciana Victoria Russo from Spain and Ramon Ortigosa Marsilio from Argentina, fuse traditional and contemporary tastes to create a dining experience to live up to Fort George’s spectacular surroundings.  With stunning views and a tranquil atmosphere, the Fort George restaurant makes for the perfect setting to sit back and get lost in the beauty of the location whilst enjoying a freshly prepared and delicious meal. 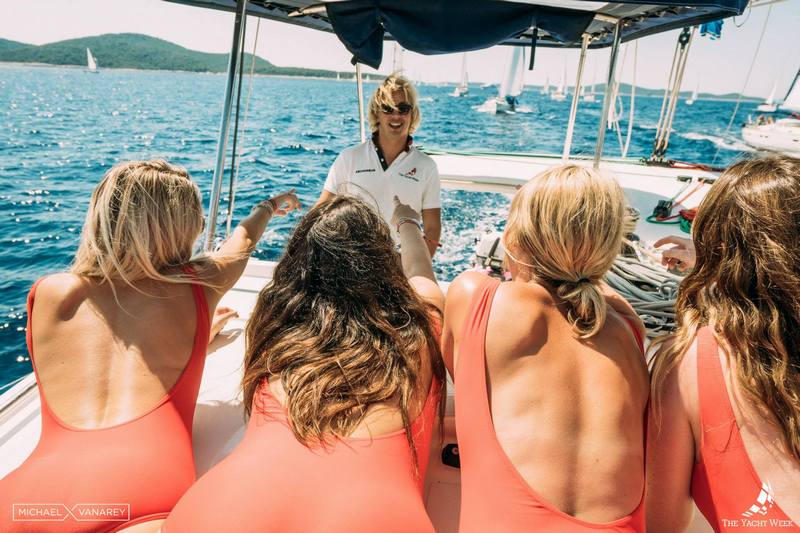 Russo and Marsilio are both experienced in creating innovative, tantalizing and delicious dishes.  Both chefs combine their extensive knowledge from their careers with the local produce and influences to give guests the ultimate culinary experience.  The restaurant will be open from 12pm until 11pm every day throughout the summer except during private events. 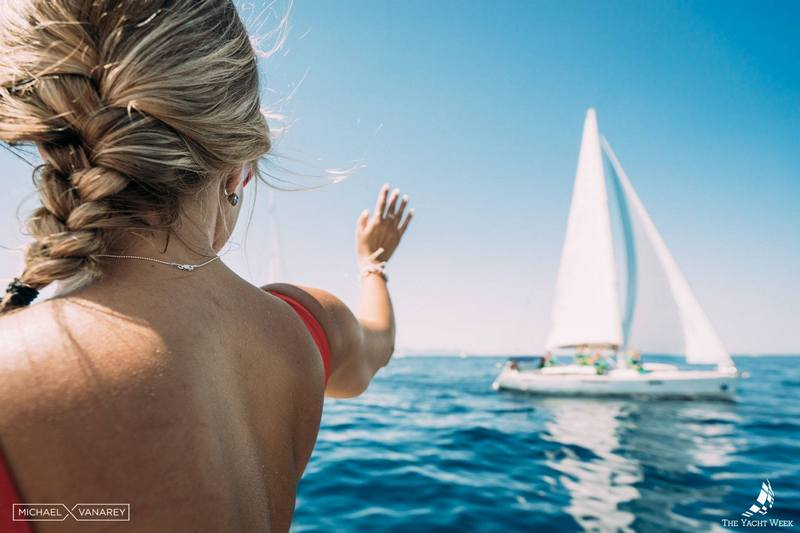 Komiza is a charismatic small fishing village located in the western bay of the island. Its ochre coloured houses and beautiful front are filled with quirky restaurants –and always the chance of an ice-cream! Most of the yachts will anchor in the bay and take a taxi boat to the pier in the evening. Around the corner from the village is the beach club where we will host the open air party right on the water’s edge. 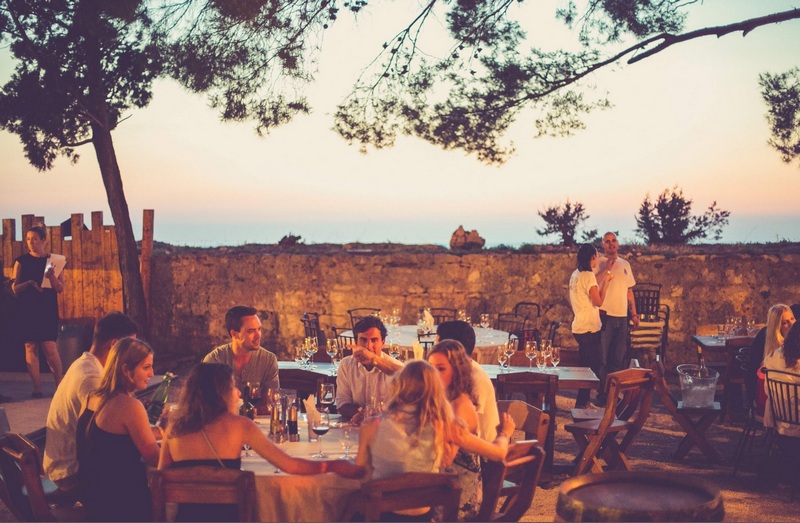 Often called ‘Museum City’, Trogir is known for its high concentration of historical monuments, such as the Kamerlengo fortress and the sacred sculpture of the Blessed John of Orsini. The town is also renowned for the diversity of architecture found in its churches, palaces and towers. From Romanesque to Renaissance—the range of styles found here will impress even the most well-travelled. 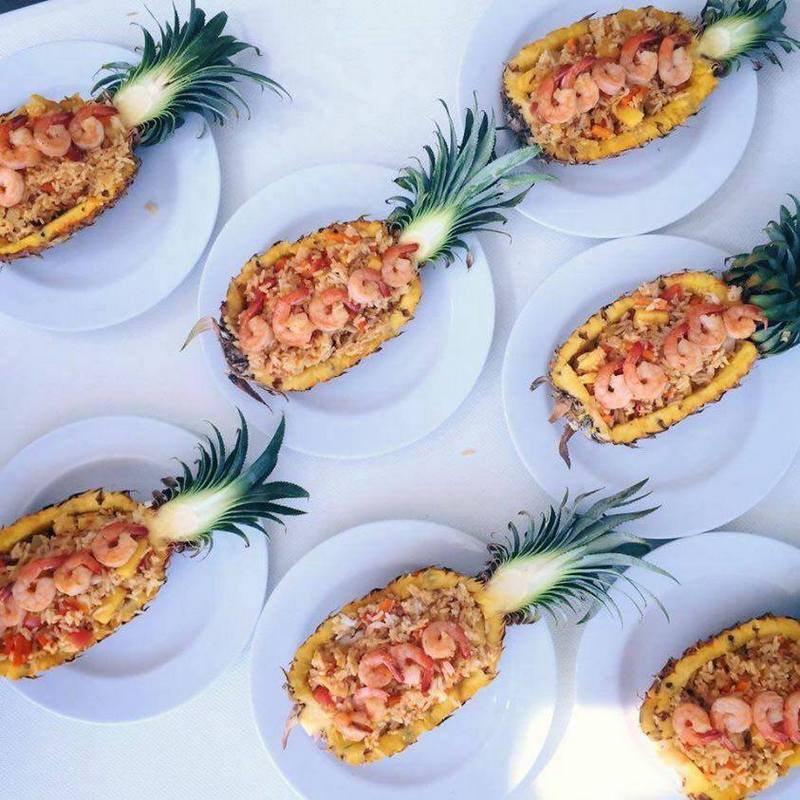 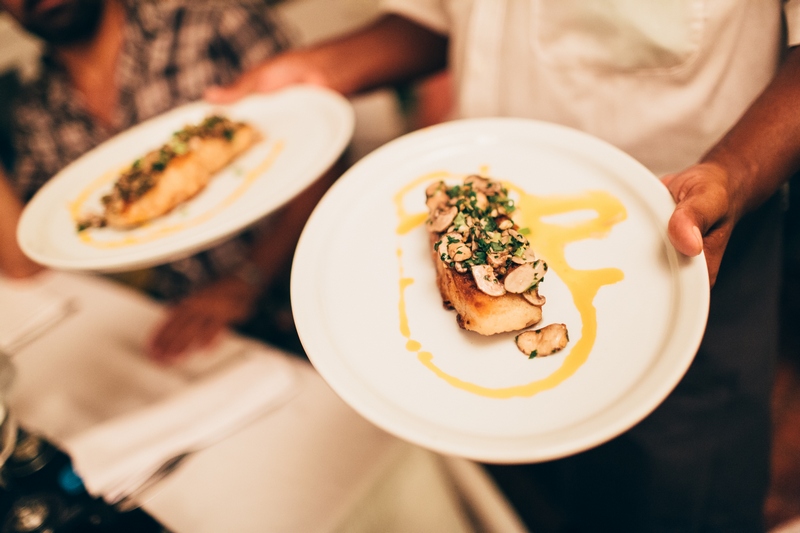