If you’re staying in Dubrovnik longer than just a day or two, you might wanna go for an adventure and explore some of the islands nearby. Here are the top five! 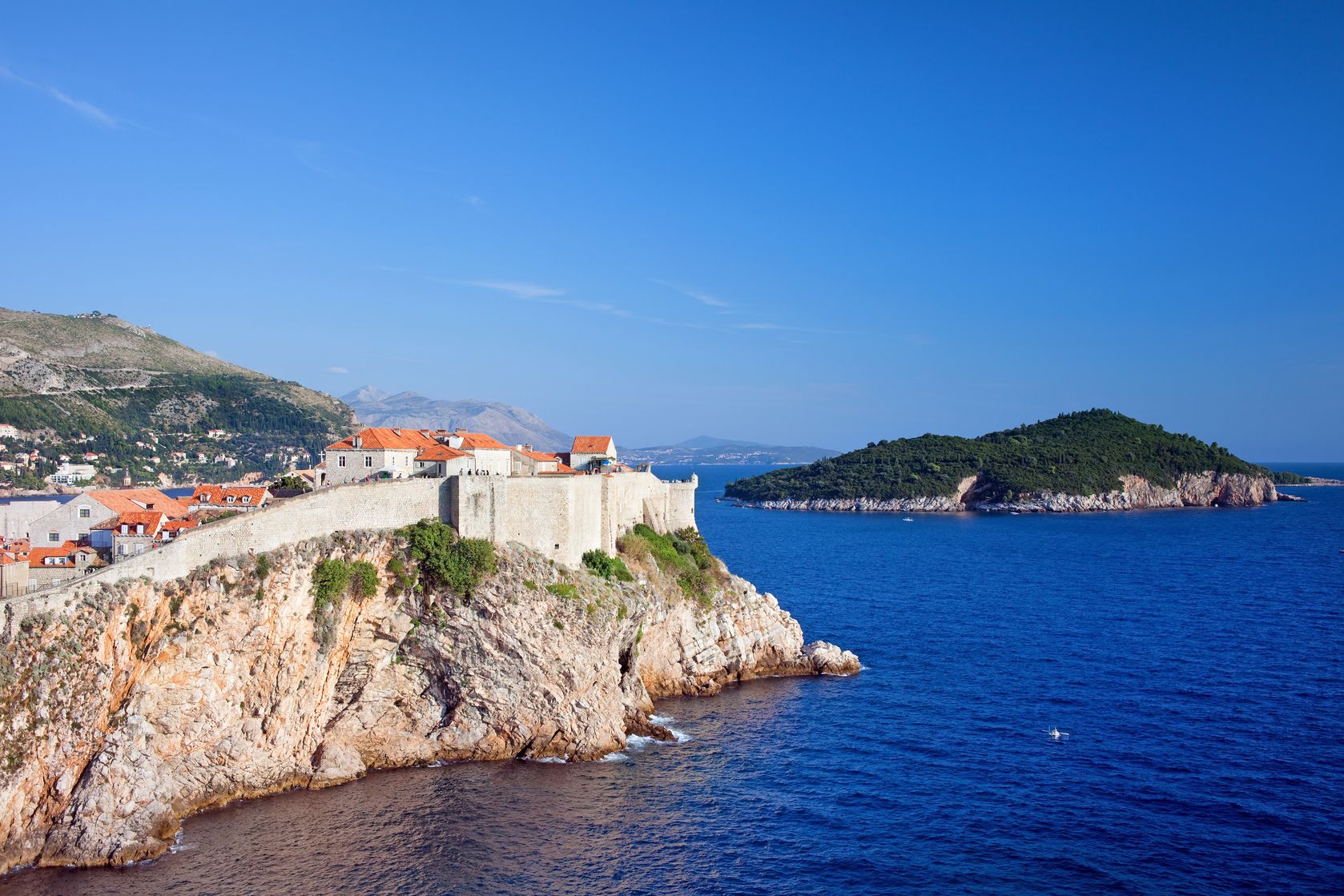 The story of the cursed island might fascinate you, but not more than the spectacular nature that you may see there. Rocky beaches, fabulous parks, Game of Thrones center and the Dead Sea are just some of things you will remember this monument of nature for. You can take a long walk, take pictures of the peacocks (island’s only inhabitants), swim in the Dead Sea, go to a naturist beach or go back in time by exploring the Benedictine monastery, it’s up to you!


To get there you can take a taxi-boat in the Old Town harbor. It only takes 15 minutes and the boats run every half an hour. The ticket costs about 10 €. Make sure you take a map with you. 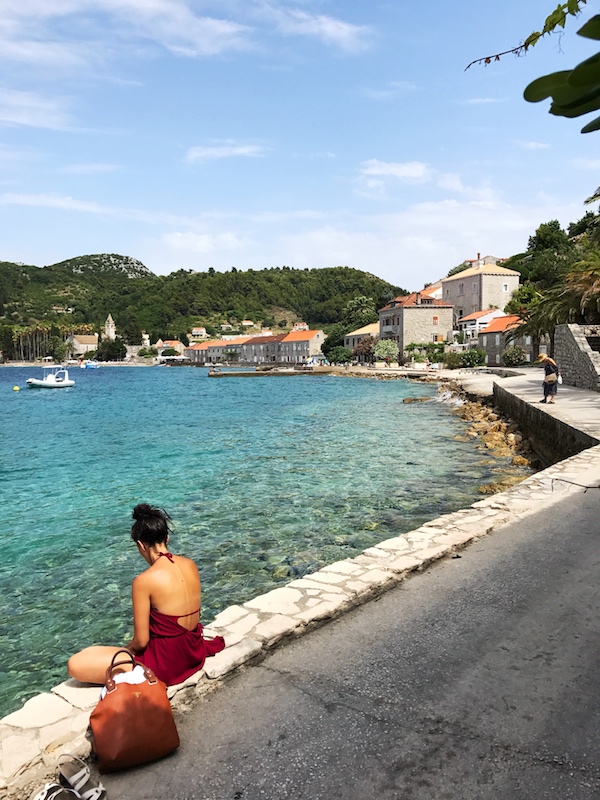 Lopud
Part of the Elaphiti islands, Lopud might not be as historically enriched as Lokrum, but it certainly has its charm. It’s famous for its sandy beaches, but don’t stop at the ones you see right after you leave the boat. Take a 15 minute walk and go to the Šunj bay and ejoy heaven on Earth. As it’s a shallow sandy beach, it’s a perfect spot for playing picigin, Dubrovnik’s favorite summer sport. While on Lopud, you may take a walk and you’ll notice many remains of early-medieval churches, summer manors and fortifications. You can visit the 15th century Franciscan monastery or the church of Our Lady of Šunj and see many valuable paintings. In the past, Lopud was known as an island of sea-captains providing the Dubrovnik Republic with many highly reputed seamen.
To get there you can take a boat in the Gruž harbor. It takes about 45 minutes. You can buy tickets (3 €) in the Jadrolinija office across the street. Make sure you check out Elaphite islands tour with Adriatic Explore. 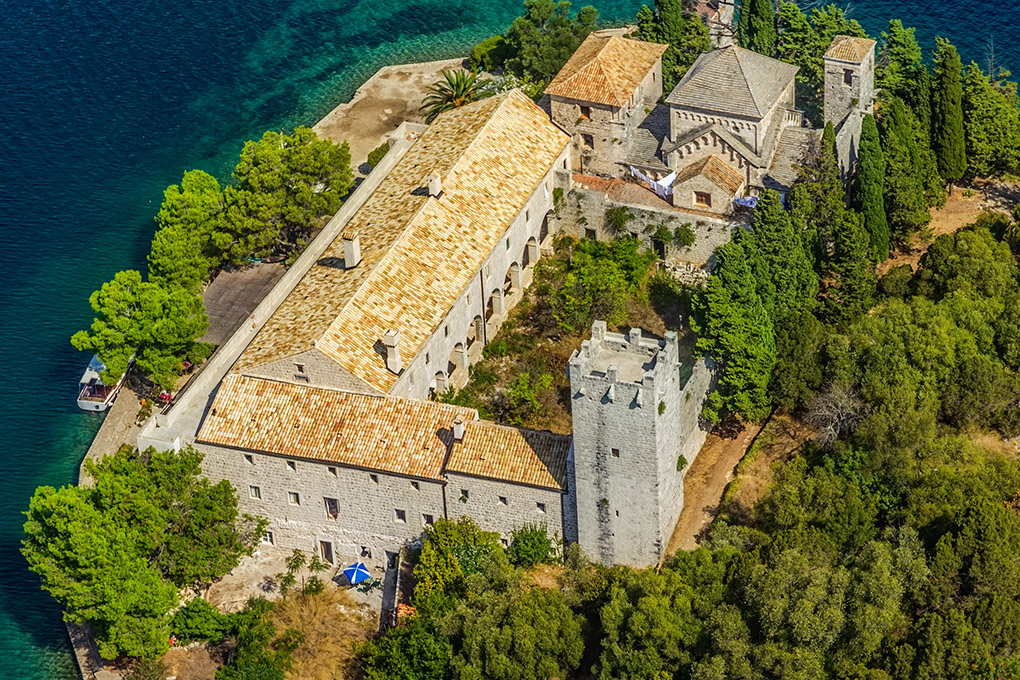 Mljet
As it is one of the largest islands in the South Croatia, there are many things to see on the island of Mljet and one day might not be enough, but for a one-day trip you can explore the National Park or go to the island within the island – St Mary. The nature of this island is simply breathtaking as majority is left untouched. There are two salted lakes on the island: the Great and Small Lake and on the small island in the middle of the Great Lake you can find an old Benedictine monastery. You can also take a swim there as it is one of the favorite swimming spots. Mljet is also well known for its white and red wine, olives and goat cheese.
To get there you can take a ferry or a high speed in the Gruž harbor. It takes about 50 minutes and the ticket costs about 4€. 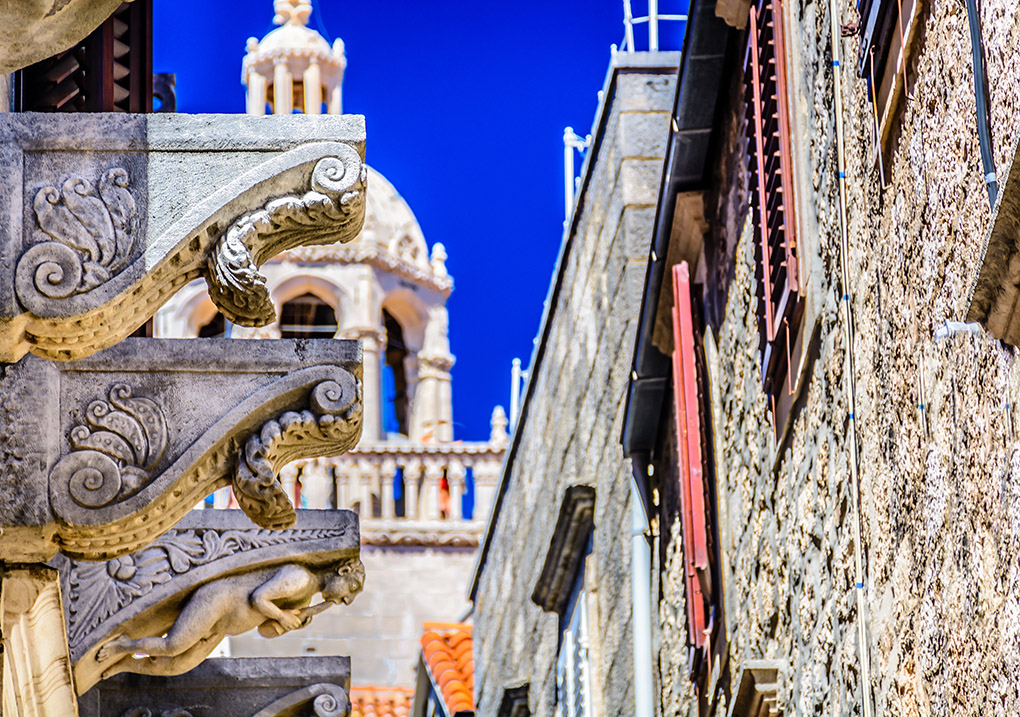 Sixth largest Adriatic island is believed to be the homeland of Marco Polo, the worldwide known traveler and explorer. Museum dedicated to his life and work is one of many must-see places while staying on Korčula. While the south side of the island has many small beaches, over 200 caves and fascinating small villages, the City of Korčula is its historical center worth visiting because of its architecture and thick walls reminiscent of Dubrovnik. One of the places worth seeing is Lumbarda, small place known for sandy beaches, archaeological findings of Greek and Roman colonization, but also for vineyards of famous wines such as Grk, Pošip, Plavac and Maraština so don’t even think about leaving the island without trying at least one of them.
To get to Korčula you can take a fast ferry (catamaran) for the price of 11€. 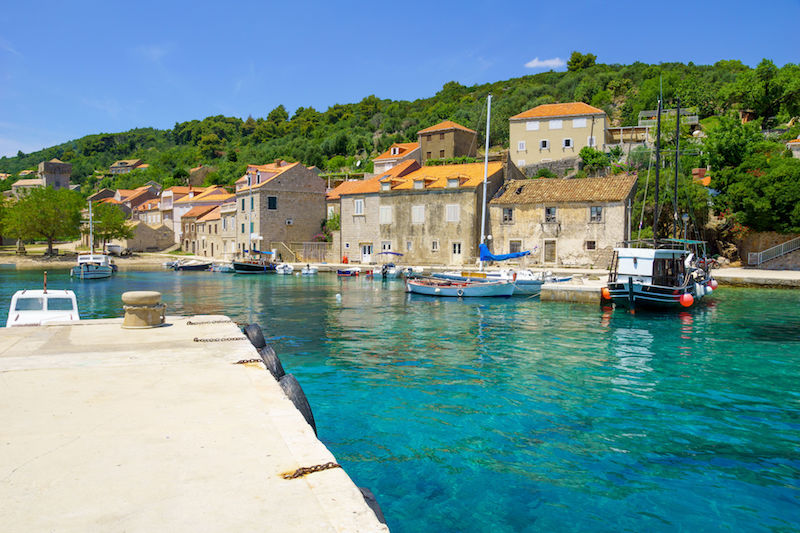 The largest island in the Elaphiti archipelago, Šipan is one of those places you go to relax and enjoy some peace and quiet. As you may guess, it’s not a major tourist spot which is why it’s perfect for a day at the beach with a good read. If you’re up for a little bit of sightseeing, you can visit two of its main villages: Šipanska luka and Suđurađ. There are many architectural monuments from the Middle Ages such as 11th century Church of St John with its frescas or for example the Renaissance Church of the Holy Spirit. As many noble families from Dubrovnik built their summer residences on Šipan, the island is full of various myths and legends.
To get to Šipan, take a boat or a ferry in the Gruž harbor. It will take about an hour to get there and it will cost you about 3€.

When you’re visiting Sipan, make sure you don’t miss out on sensational BOWA restaurant that leaves breathless both local and foreign guests. 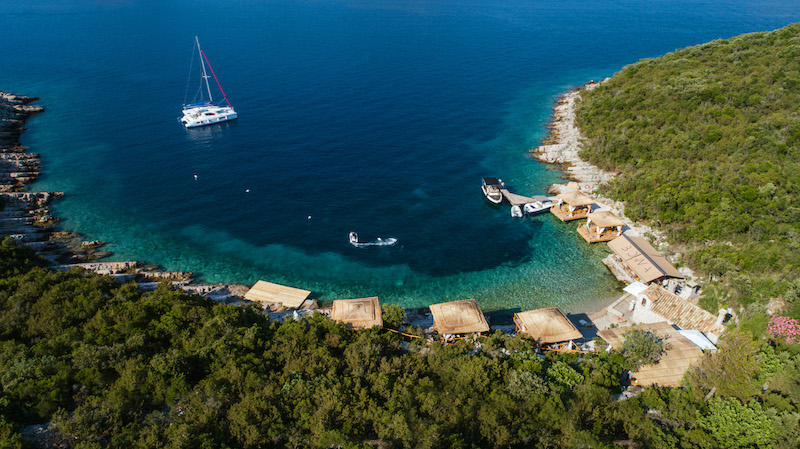