Mark Knopfler of Dire Straits once said that we may live in one country but we can still seem to be in two different worlds. This is certainly true of Israel.

On arrival in Israel and passing through passport control you will also be aware of mysterious figures lurking in the background and watching you suspiciously. Every tourist arriving in the Holy Land is seen as a potential terrorist and is carefully vetted as to their intentions and plans. Presumably any real terrorist will be well prepared for these questions so it was not clear to us what they were looking for. Anyway, I was one of those selected for particular harassment – but was only saved by a friend who was travelling with me and had an Israeli passport, spoke Hebrew and was a member of the army. 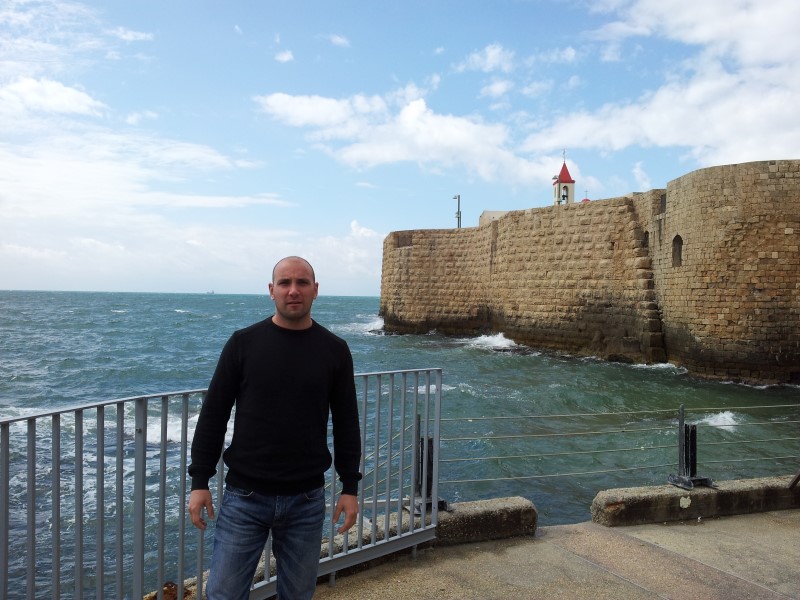 One thing you will need from them is an official stamp on your passport and a sticker on your luggage. Of course if you have any intention of later travelling to any Arab country then this sticker is better removed.

We went immediately by train to the north of Israel and noticed that everyone on the train seemed to be preoccupied with their mobile phones. It is a country with the highest per capita frequency of electronic gadgetry. Our destination was only a few kilometres from the border with Lebanon, whose proximity could not be missed – miles of barbed wire that looked extremely unfriendly. If I did not know where I was, I’d think I was on the border with Slovenia! Although ostensible friendly with these neighbours an Israeli wishing to travel to Lebanon cannot go directly but needs to travel via Cyprus or Turkey.

Our next destination was our kibbutz, close to the Sea of Galilee and the Golan Heights. Not only is the country surrounded by barbed wire but kibbutz but there is another security fence around the kibbutz. You would think that this would be the ultimate level of security – but even so our apartment had its own bomb shelter that we could retreat to in the event of an attack! 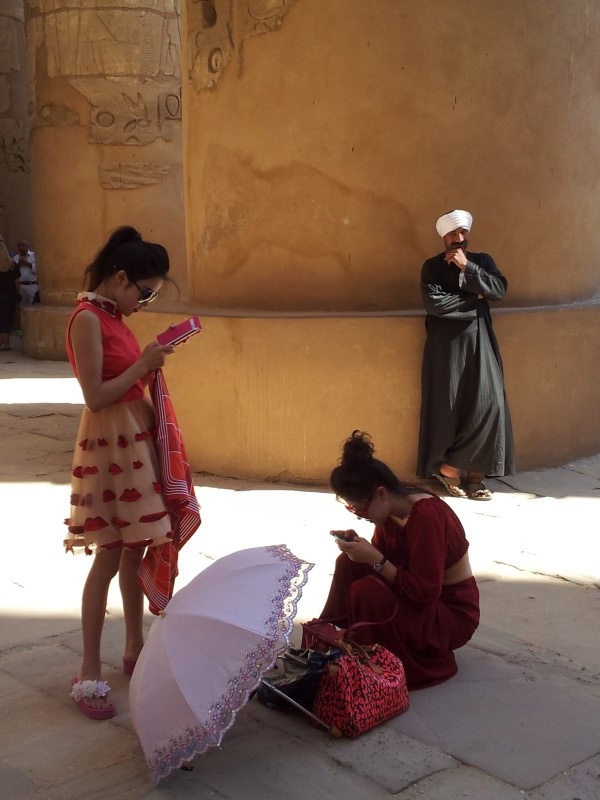 The population of this northern region is mostly composed of displaced Jews from the former USSR who are mostly engaged either in tourism or in growing bananas. Golan and Galilee are part of the occupied territories of Syria and Palestine. We drive along a half-empty highway which follows to border fence. So much history, so many stories, in one place. We then head towards the coast, driving though scattered Arab villages.

Cities such as Haifa, Tel Aviv and Acre take your breath away, but I was particularly looking forward to seeing Jerusalem. It is a city that can cause a tingling sensation in the whole body, every hair standing on end! This is a sacred centre for three distinct religions; it has been the scene of conflicts between Arabs, Crusaders, Romans, Egyptians, Persians …  The natural beauty and historic monuments of this country are extraordinary – but don’t forget such lesser attractions as humus! Another surprise is the popularity of sushi…

The process of departure was not simple either. We were required to get to the airport five hours before our flight to go though the security checks. 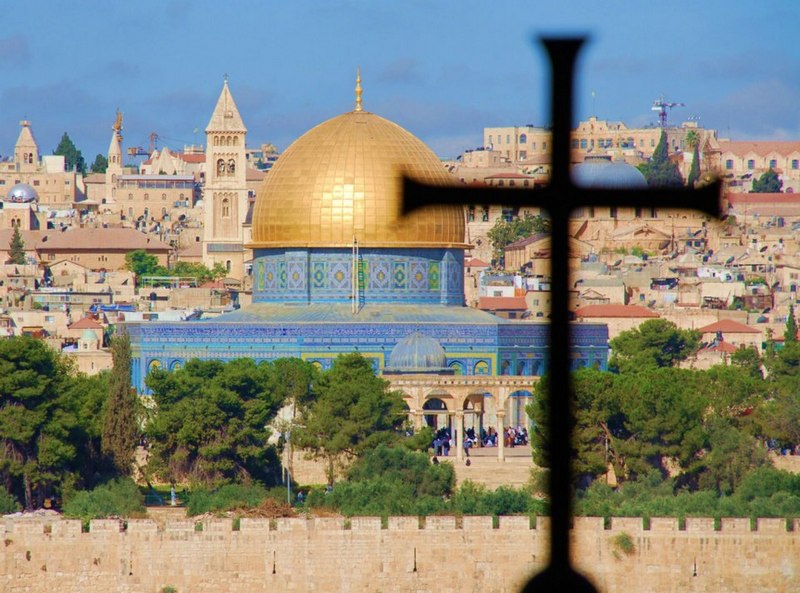 And so to Africa, our fourth time on the continent; but Egypt and the other countries on the Mediterranean hardly feel truly African. Part of Egypt, the Sinai, is actually part of Asia; here the Arab influence has been powerful throughout history. The first sight of the Red Sea … and a strong desire to dip a toe into the warm tropical water and feel connected again with the rest of the world.

Here there are numerous diving centres, attracted by the many coral reefs. Lest you forget you are still in a war zone there is the constant presence of armed patrols and checkpoints on the roads. On a trip to some Bedouin villages in the desert were very aware of low flying MIG-21’s;  but when night fell we were entranced by the starlit sky – though somewhat distracted by the loud voices of Russian tourists, who are to be encountered in every corner of  the country.

Cairo was high on my bucket list and felt worth the 600 kms journey north through the Suez across the desert. Our driver responded to the challenge, keeping his foot down and rarely dropping below 150km/hr. This would feel less of a problem if the visibility were more than about 10 metres on account of the fog … For security reasons all vehicles must travel in convoys between the checkpoints – with the effect only of making us feel like a bigger target! On our excursion to the pyramids we were accompanied by an armed escort – making us feel like real celebrities! 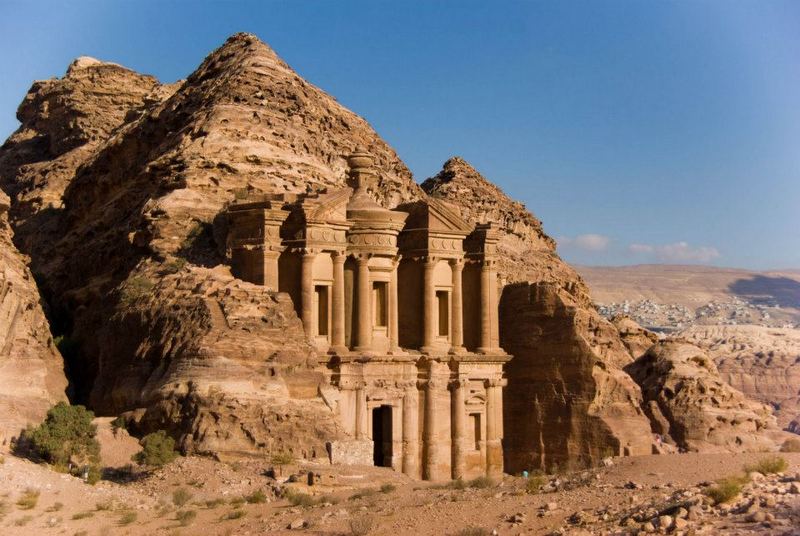 The number of tourists has fallen over recent years by approximately 90% and it was sad to see how empty the museums now seem to be. The sellers of various souvenirs are not missing only the lack of demand led to the fact that you can buy everything for $ 1, if you are persistent enough

Through all the shifting movements of history one constant and enduring presence is the River Nile, and all centres of population and commerce are gathered close to its banks. After Cairo we headed south to Luxor where there are historical traces from at least 3000 years ago. Here the events of recent history seem less important than the times of the pharaohs and the Egyptian slaves. Egypt is the gift of the Nile; without the Nile here there would be no life here at all.

Carrying powerful and mixed impressions of the pyramids, the sphinx, of astronomy, of mummies, of the city of the dead – and the ancient wisdom of ‘I know that I know nothing’, we travel south, against the eternal flow of the river. The source of the Nile is in Uganda, where on a sultry afternoon I watched a team preparing to go rafting – and took a drink of Nile water in honour of the longest river in the world.

And so I left Egypt, feeling that time has stopped here in the desert and along the course of the great Nile.  Here was a civilization that was once the most advanced and brilliant in the world and now seems to sleep, dreaming of its ancient greatness and the long past time of the pharaohs.