Copenhagen is the capital city of Denmark and is considered one of Europe’s best cities. It has an incredible coastal location, cobblestoned streets, cool shops, rich cultural heritage, and some of the most welcoming locals. Most notably, the Scandinavian city is renowned for its world-class museums.

Culture vultures have a lot choice here. Whether you’re into art, history, antiquities, or design, there’s bound to be a museum in Copenhagen that will satisfy your interests.

Museum hopping is one of the best activities to do when visiting the Danish capital. Below is a list of some of the best museums in Copenhagen to check out during your trip. For a seamless visit to these cultural institutions, store your baggage or any other excess items in a Copenhagen luggage storage locker.

Located in the 18th century Prince’s Mansion, the National Museum of Denmark is the country’s most prominent museum for cultural history, covering both Danish and foreign cultures. The museum boasts an extensive collection of artifacts, some of which date back to the Stone Age.

You can find artifacts such as ethnographic collections and Eastern antiques and exhibitions at the museum in Copenhagen from different periods such as the Viking Age and Renaissance. One of the highlights of the National Museum of Denmark is the “Meet the Danes” guided tour, which tells how the Vikings and mummies used to live together in Copenhagen.

Also known as the National Gallery of Denmark, SMK is the country’s national art museum found right in Copenhagen’s heart. Situated near Nørreport station, the museum in Copenhagen is home to numerous art pieces and works, mostly Danish and European art, from the 14th century until the present day. It’s also one of the best places in the city to learn about Scandinavian art, such as Danish painter Wilhelm Hammershøi.

The museum is also known for its collection by the artist Matisse, considered one of the world’s most comprehensive. Other highlights at the museum include Still Life with Door, Guitar and Bottles by Pablo Picasso and Abduction on a Unicorn by Albrecht Dürer. Pro tip: If you visit on Friday, you get to enter the museum for free for SMK Fridays, an after-hours event where they serve free street food and drinks while you listen to art talks, live music, or other performances.

Although not in Copenhagen, the Louisiana Museum of Modern Art is one that you should visit while in the Danish capital. It is located in Humlebæk, about 35 kilometers north of the city center. The museum is home to a massive collection of contemporary art curated from World War II until the present day.

There are over 4,000 pieces on display at the facility. Including works from renowned masters like Picasso and Giacometti and Danish artists like Asger Jorn and Per Kirkeby. Apart from the incredible art housed in the museum, the location itself is worthy of a visit; the buildings found within a park have open lawns, a terrace, and a view of the beach.

Denmark is well-known for its distinctive and eye-catching design; reflected in houses, shops, public spaces, and pretty much everywhere you look. Danish creativity has worldwide recognition and has been a source of national pride for years. If you want to see the best designs that Copenhagen has to offer, head over to Designmuseum Danmark in Amalienborg.

Established in 1890, the museum is home to a permanent collection of furniture, textiles, and other items that feature the iconic Danish design created by Arne Jacobsen and Hans Wegner. The museum also explores Danish design history and how it has become an international sensation throughout the years. 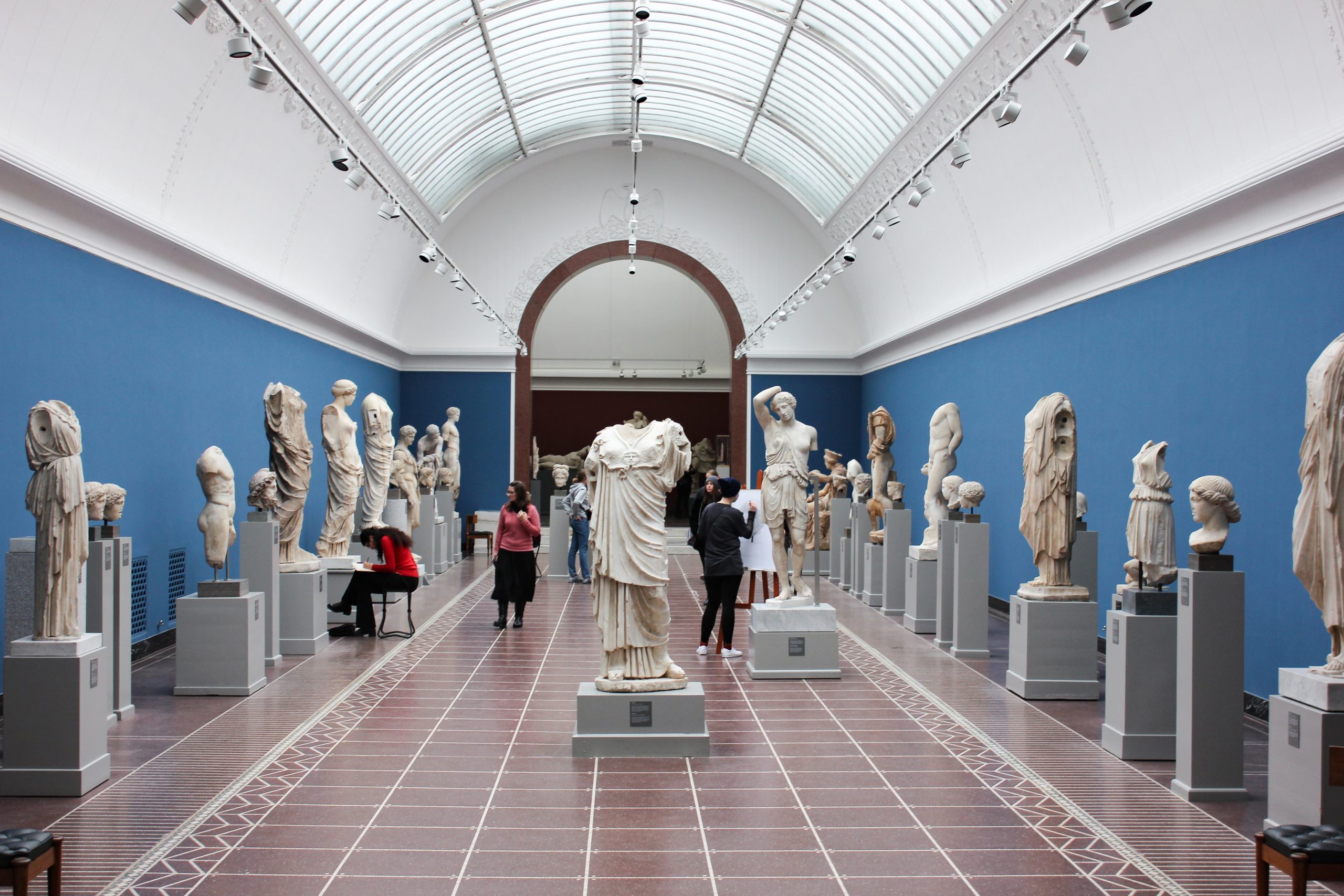 Ny Carlsberg Glyptotek, or simply Gloptotek, is an art museum in the heart of the city. This museum is home to several art pieces and antiquities from the 19th century. The museum was founded in 1897 by Carl Jacobsen, a brewer best known for the Carlsberg beer brand. Aside from his brewing business, Jacobsen was also an avid art collector. The pieces on display at the museum are from his collection. Which comprises sculptures, artifacts, and antiques from all over the world.

Found within the Workers Assembly Building, Arbejdermuseet gives guests a sneak peek into how life was in Copenhagen during the 1950s – from the workers’ everyday lives to the political struggle of the labor movement. The museum’s permanent exhibitions feature replicas of apartments and shops from the 50s era. There is also a coffee bar inside the museum, called Kaffebaren. Kaffebaren has been around since the 1950s and played a vital role in Denmark’s working-class culture.

For some topnotch architecture and modern art, catch a train to Ishøj, about 20 kilometers south of the city.  And visit the Arken Museum of Modern Art. The not-for-profit facility houses one of the most elaborate contemporary art collections in the Scandinavian region. Featuring pieces by Grayson Perry, Olafur Eliasson, and Ai Weiwei.

Located in Slotsholmen, right in Copenhagen’s center, the Thorvaldsens Museum is focusing on the life and works of acclaimed Danish sculptor Bertel Thorvaldsen. Opened in 1848, it is Denmark’s first-ever museum and one of Copenhagen’s top attractions. Guests of the museum get a free audio guide, which tells the story behind the sculptures and other works of Thorvaldsen.

If you’re into a foreign culture, The David Collection is a must-visit when in Copenhagen. Founded in 1945 by lawyer Christian Ludvig David, the museum is home to Scandinavia’s most prominent Islamic art collection. The collection, amassed by David, features artifacts and art from the seventh to the 19th century. Including Persian miniatures, Ottoman mosaics, and ceramics. Additionally, The David Collection also displays European art from the 18th century and Danish modern art.

Found within a Neoclassical-style building in Østre Anlæg Park, The Hirschprung Collection features the private collection of tobacco magnate Heinrich Hirschprung. The museum’s collection comprises 19th and 20th-century Danish art – spanning from the Golden Age until the present day.