Known as the ‘Pearl of the Adriatic, Dubrovnik is famed for its picturesque limestone streets and incredible architecture – particularly in the historic Old Town district. In addition to being located on the stunning Dalmatian Coast.

While tourists descend in large numbers on the City between April to October, between November and March, an aura of calm falls over the city.

Surrounded by many other Eastern European cities, Dubrovnik does not always top the getaway list around those winter months.

Budapest has long been one of the most popular tourist destinations. And everyone knows that Prague has a lot to offer to those seeking some seasonal culture and charm at such a festive time of year. That said, Dubrovnik’s unique appeal still shines through despite the absence of those above-20°C temperatures.

From festive celebrations to cold-weather comfort food, here are five reasons to visit Dubrovnik this winter.

One of the most noticeable differences when it comes to visiting Dubrovnik outside of the peak summer season is the refreshing atmosphere that descends upon the city. With tourist numbers dwindling on the idyllic streets, those visiting will be delighted with the first-hand experiences of a more local way of life.

Throughout December, people join together and take to the streets to perform carols, filling the city with music and warmth.

The city’s most famous thoroughfare, Stradun, is also beautifully decorated over the festive period with Christmas themed houses lining the main street and spreading out into the ones nearby.

Despite lacking the swarms of foreign crowds, the city feels more alive than ever.

While the city’s main tourist attractions are heaving with sightseers in the summer months, by wintertime, footfall has died down. This means you can enjoy significantly more space and take in all of Dubrovnik’s must-see locations at your own pace.

The City Walls, one of the highlights of any trip to the area, are usually packed with endless crowds. Not only that, the walls are 1,940 meters long with little to no shade. So a trip here in summer can typically mean battling against groups of other visitors to make the 2-hour walk in the heat.

Over the winter, the crowds disperse somewhat, and you can enjoy one of the city’s top attractions, with room to breathe and truly take in the beautiful scenery.

Believe it or not, the Dubrovnik Tourist Board even organizes free tours of the city during the winter. They provide complimentary tours with an English speaking guide as part of their Winter Saturday Mornings in the City offer. You can take in the sights and absorb the fascinating culture without spending a penny.

Don’t forget about a stop at The Dubrovnik Cathedral Treasury, home to some of the city’s most prized and valuable relics. Newcomers also need to experience the Pharmacy of The Franciscan Monastery, one of the oldest in the world, with origins dating back to 1317.

What better way to spend the festive period than among the welcoming aroma of mulled wine and stunning decorations of the Dubrovnik Winter Festival. The series of events take place throughout the city at heritage sites, including Peskarija, Stradun, Pile, and Lazareti.

It’s locally known as Advent in the city. The festival is a joyous collection of Christmas shows and carol services with stalls selling local festive delicacies filling the area, and there is an ice skating rink. The festival begins with the lighting of the first Advent candle as the Christmas market opens along Stradun.

5. The Game of Thrones tour

The HBO show may have ended earlier this year, but fans can still see some of the series’ most iconic locations in the heart of Dubrovnik.

Game of Thrones was filmed in the city for five seasons. Dubrovnik became the setting for Kings Landing, the capital of the fictional land Westeros. One of the show’s most infamous scenes, known as Cersei’s ‘Walk of Shame,’ was filmed right within the city walls.

There are multiple tour operators throughout the city, all covering GOT’s main filming sites with several companies offering them all year round. 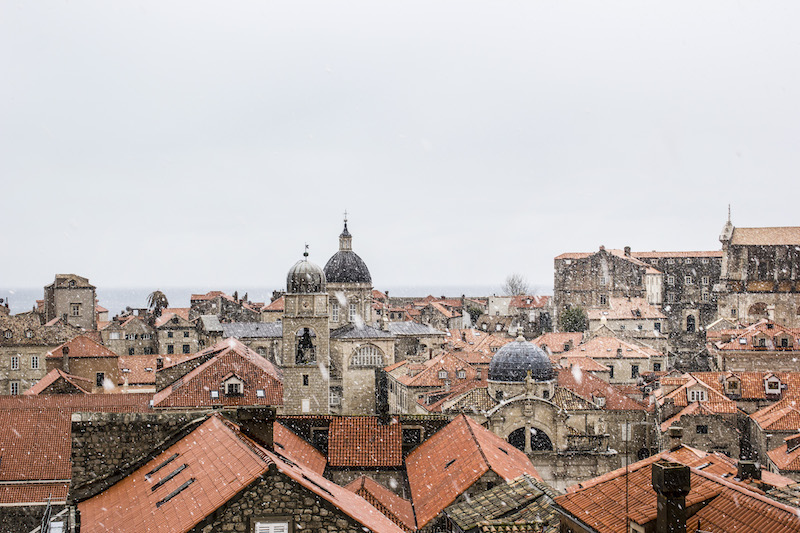