There are over a thousand islands in Croatia, the exact number varying by definitions, and they cover a total area of about 3,300 km2. The number and classification of islands in Croatia varies over time and by different measurements, causing some domestic controversy when discrepancies are found.

Palagruža archipelago, situated in the middle of Adriatic, consists of fifteen rocks and islands, of which Vela and Mala (Big and Small) Palagruža are the biggest – Vela is 1,3 km long and 60 to 270 m wide with the highest peak of 87 m; Mala is 450 m long, 200 m wide and 57 m high. Islet Galijula is 3 NM eastwards and it is the southernmost point of Croatia. Palagruža is 40 NM away from Komiža and 31,27 NM from Testa di Gargano on the Italian coast. It is believed that the name of the island came from the Greek ΠΕΛΑΓΟΣ (pelagos). Pelagos means open sea, offshore. 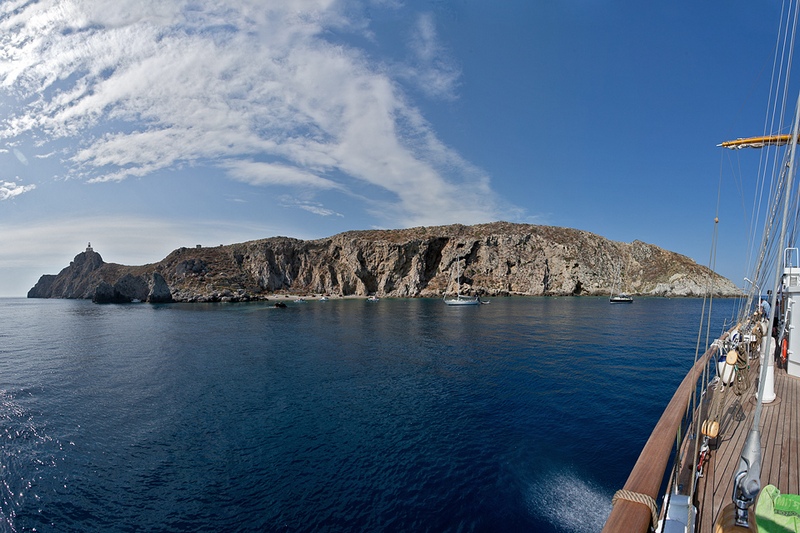 The latest geological researches show that Palagruža is not made of volcanic rocks, but dolomite, and is rich with quartz findings. Stone and quarts tools and clay dishes found in the area of Jankotova njiva prove that the island had been inhabited in prehistory. Material remains of the prehistoric communities that used to reside on Palagruža in Neolithic and in Bronze Age prove that people had already sailed across the Adriatic, and not just along the coast.

Many fragments of fine painted Greek ceramics from the 6th to the 2ndcentury BC and numerous foundings of Roman ceramics document the importance of Palagruža in the period of the Antique. Out of 230 fragments of dishes with graffiti, about thirty of them partially indicate Diomede’s name which proves that there really was Diomede’s shrine on Palagruža. Late Antique architecture (the remains of a Roman fortress underneath the remains of Sv. Mihovil church) was discovered at the central plateau Salamandrija. 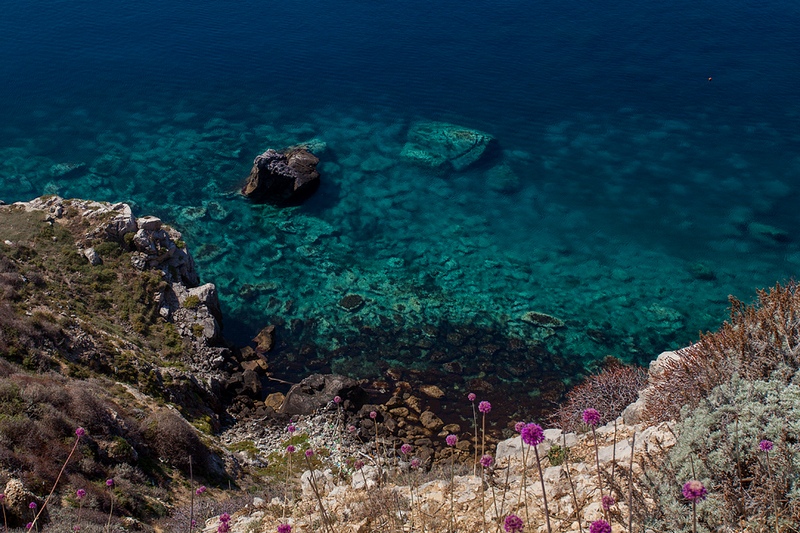 Not much is known about the Middle Ages on the island. Palagruža is mentioned in the document that witnesses the visit of the Pope Alexandre III to Komiža in 1177. The records of his stay on the island are preserved in the toponyms Popina njiva, Popin brig, Pol Popino.

The oldest document about the existence of the church on the island dates from 1774. It was dedicated to Sv Mihovil (St. Michael). In the 19thcentury frail church was replaced by a new one, built between 1874 and 1879 and which was destroyed in the World War I. 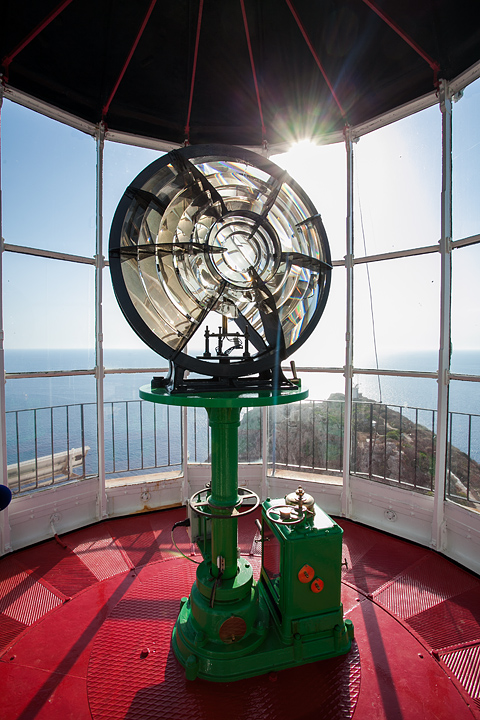 The lighthouse on Palagruža was built by a local craftsman Vicko Marinković from Komiža 1874 – 1875 according to the project by Richard Hänisch from the Technical Department of the Maritime Government in Trieste. The sharp point on the top of the island was mined in order to make a plateau for the construction of the lighthouse. A quarry for its construction was opened northwest from Salamandrija, but the idea of constructing the lighthouse with the stone from Palagruža was soon rejected, because the stone was too rigid and therefore too difficult to carve. So it was decided to build the lighthouse with the well-known stone from the island of Brač. The construction material was brought by fishing boats to the beach, and the workers had to take it up hill, across the old pathway. The lighthouse was equipped with the lighting device made in Paris 1873, which is still used. Lights from Palagruža can be seen at the distance of 26 NM in good visibility. 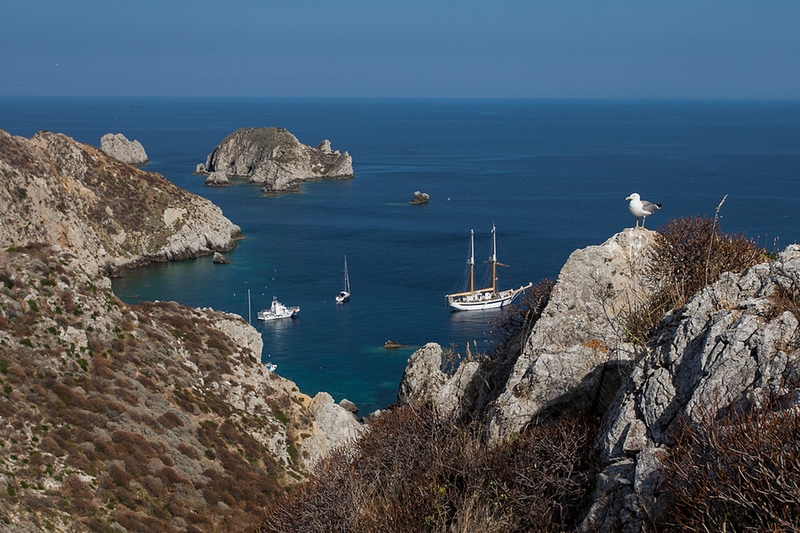 The importance of Palagruža archipelago in the genesis, life and subsistence of Komiža is evident in the material and intangible heritage of the town and the people of Komiža. Throughout its history, Palagruža has always had an important role of connecting two Adriatic shores. It is a place where different civilizations met, connected and bonded. The island and the appertaining lighthouse as an exceptional archaeological locality entered into the Registry of cultural heritage of the Republic of Croatia. 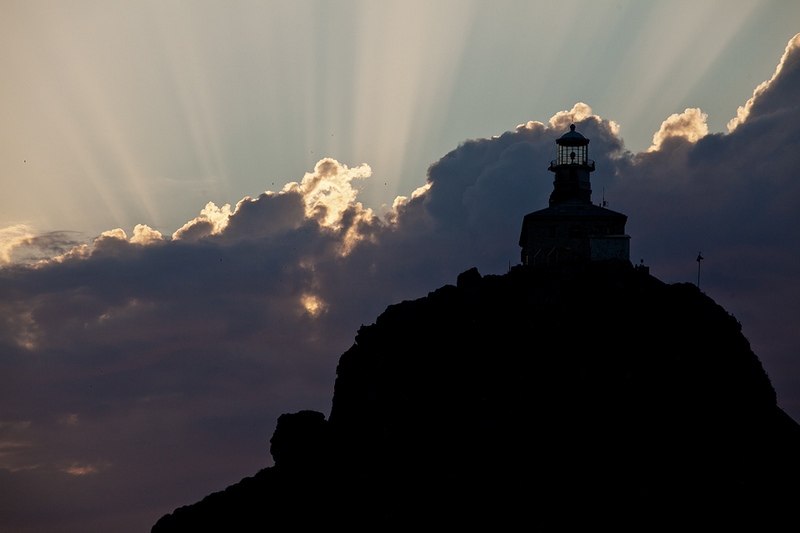