We wake up to the sound of ‘cabin crew prepare for landing’ – the landing this time being in Buenos Aires. We had planned our route in South America very carefully and for this first step, we have reserved a hotel. But – we tell ourselves  – we are not tourists, we are travelers!  At the airport, we note the ubiquitous warnings about crime and unlicensed means of transport to the city, so we decide on the safe option for transfer to the hotel and take a cab from the airport. Everybody here really loves the US dollar because the state is suffering from bankruptcy – for the umpteenth time. 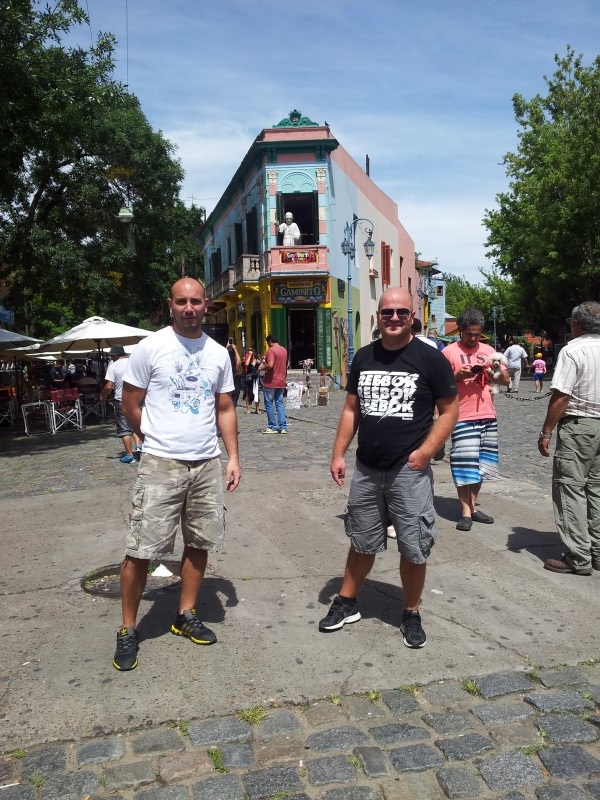 As soon as you approach the city center you already hear the cries of ‘Cambio, Cambio’. This is the only continent where knowledge of English is not of any real use, so we decided to try communicating in a sort of Italian-Spanish hybrid. Buenos Aires has been called the Paris of South America, although for us this city seems more like Madrid. Among its most significant assets, we would count tango, Malbec, and steak. We pay a visit to the bohemian quarter of Boca, sporting, of course, the football jersey of Boca Juniors.  Here you can see and dance the tango on every corner and pick up the hint of tasty steaks in the air. Malbec is a natural wine that speaks only for itself: we can only suggest that you try its someday!!

It’s time to go across the bay of La Plata to Uruguay, leaving a country where what they call a small beer is half a liter and a large one is a whole liter.

We crossed to Uruguay by boat and arrived at the city of Colonia where we continued our trip by bus to Montevideo. It is a city with an almost European air, probably because of the large number of immigrants. They are very proud of their former President Jose Mujica – but even more, they care about football!  Here it is without question considered the most important thing in the world. 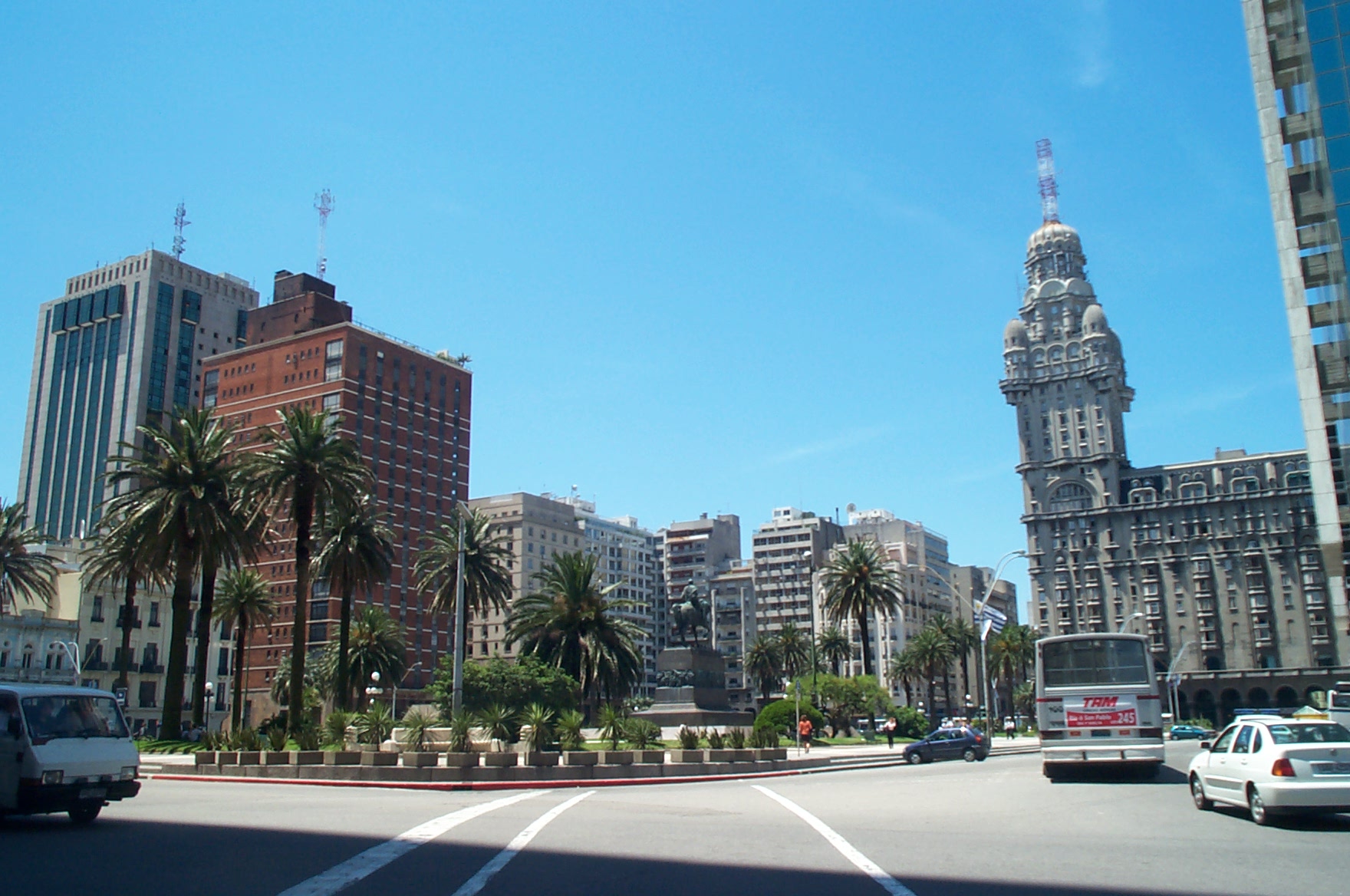 In case you are not aware of these important facts, they have fewer inhabitants than Croatia but have won two World Championships. But although we must concede their undoubted abilities in football we were much less impressed by their record of general safety. You won’t see many people out on the streets except in the very limited business center. Buildings are often surrounded by security wire and guards are everywhere. It means our level of adrenaline stays rather high – but it is an interesting experience for sure.

It’s time to go to the airport for the flight to the west across the Andes. Chile here we come!

We begin by exploring the capital, Santiago – and as soon as we open the city map to orient ourselves we notice that just beside the Chilean flag appears the familiar Croatian one! That’s because this is home to 400,000 displaced Croats. We are impressed by the city, but feeling in need of the pleasure we get from the sea we make a road trip to Valparaiso – particularly excited because this is the Pacific!  This city is full of colors, art, and students and it feels like one big favela (slum). There are also, of course, the cruise ships and the many tourists they bring with them. 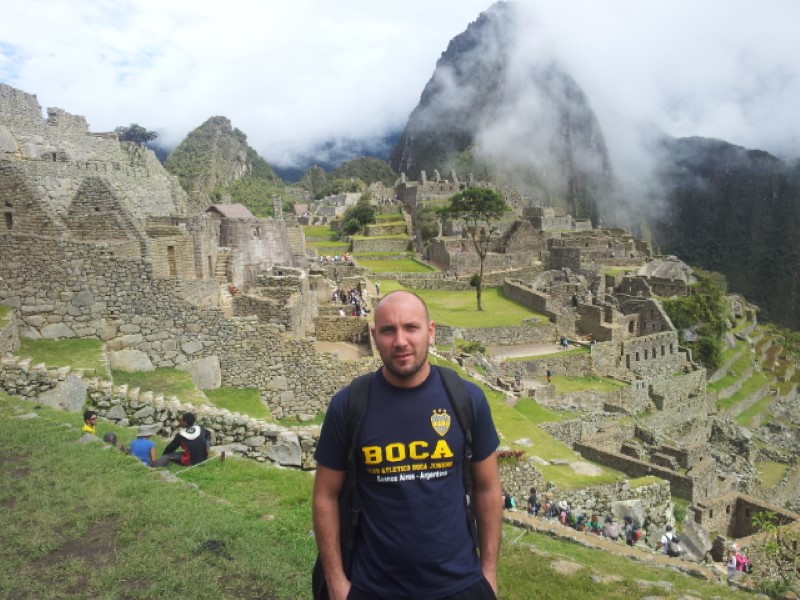 It’s time to go to the land of the Incas – Peru. Good morning, Cuzco, hallo Machu Picchu! We have to organize how to get to the lost city of Incas and it seems we have to go by train. This is the rainy season, but we’re lucky. Here nature is really beautiful and the air is clean. We feel a little bit strange at altitudes of around 4,000 meters. The way to avoid altitude sickness we discover is to drink plenty of tea – the most effective of all being cocaine tea! We spend days interacting with the locals, have a few problems with fake dollars, and learn a lot about the Incas – fascinating. Not being vegans we have to try alpaca meat, and certainly, very much enjoy it. 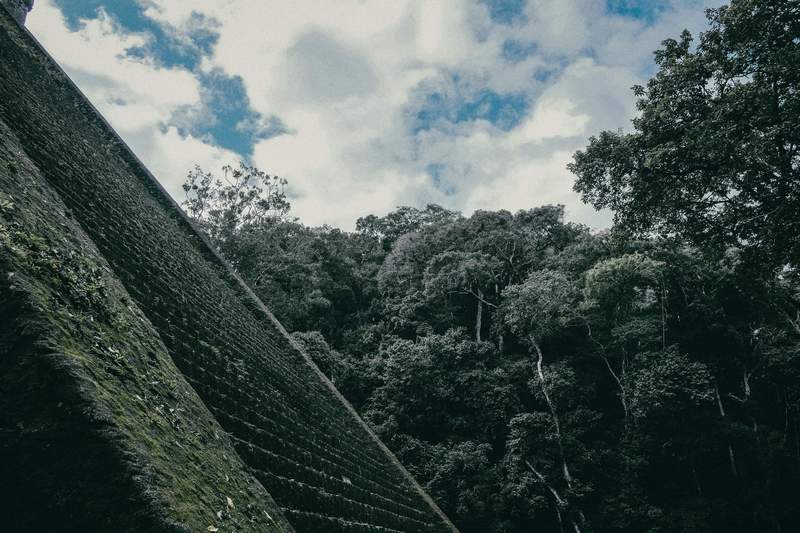 It is time to load up our backpacks again and take the long flight to Brazil: first to the waterfalls of Iguacu. The falls are on the border between Paraguay, Brazil, and Argentina, and since the best views are from the Brazilian side we head for the road between Foz and Iguacu. We could not resist taking a motorcycle taxi across the river Parana toward Paraguay.  The country looks more like central African rather than South American. There are no paved roads, unfinished houses, and buildings, and perpetual traffic chaos.  This may be a shopping mecca for Brazilians, but to us, it looks like a market of fake brands on steroids! 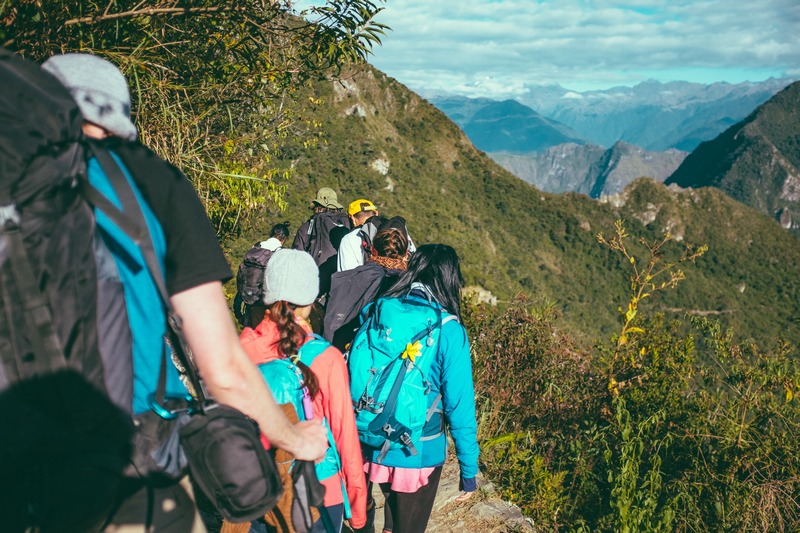 Time for a dose of beach and samba, not forgetting the carnival. We fly to Rio, where at 9 am it is already over 40 °C. It is small comfort to know that February is even hotter!  We settle in a town called Lapa, where in order to walk anywhere you have to step over the homeless sleeping on the streets. From passing police cars protrude the barrels of their guns, while armored vehicles are stationed at the favela entrances. In spite of all this, there is music and samba on every street corner and men move to the rhythms of the capoeira (a Brazilian cross between martial art and dance). Our local friend is eager to teach us some samba basics – but we are rather more successful in learning the ingredients of the Capirihna – the national cocktail. We visit many well-known tourist centers,  such as Corcovado, Copacana and Maracana, which are all on our to-do list. In all of them, we became lost in the mass of cruiser guests, rather reminiscent of Dubrovnik – Italians shouting on each other and us yelling back at them. Basic knowledge of Spanish does not help at all in understanding Portuguese – but at least the pictures on the menus are useful. 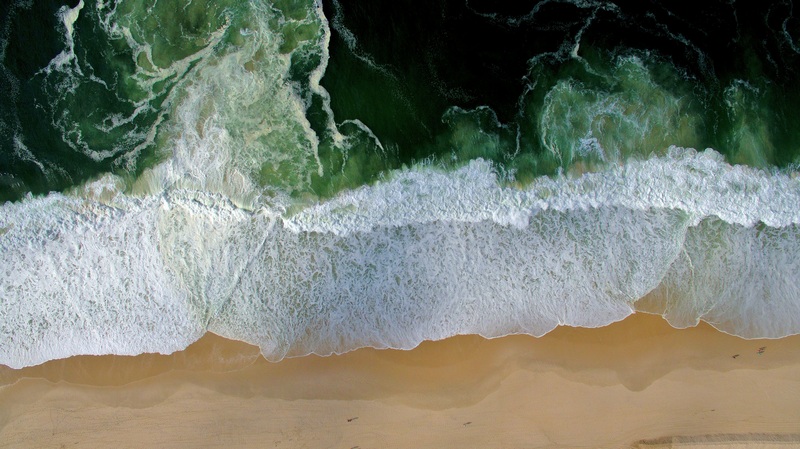 Time to head back to the most beautiful place of all – home! Travelling and adventures are all very well, but in the end, there is no place like home. Every journey teaches us to hold on tight to our families and friends once we are back. What I have learned above all is that we really do not need very much in order to be happy – because it is those who have the least that seem to be the ones with the biggest smile.

How to Enjoy Summer 2022 in Croatia