Our Boeing 747 touches down in Mexico City, one of the greatest cities in the world. Filling out immigration forms is interesting as they were only in Spanish! Everything now proceeds at a very leisurely pace – as if all of us,including the airport staff, are on holiday… But finally we are through, find a legal taxi and head through the traffic jams towards the city. Some of the main highways have 8 lanes in each direction – some of them going staight through the favelas. After some rather disturbing sights we are finally in the city centre. Even after 12 hours of flying we do not feel seriously tired, so so we head out to explore the main pedestrian and shopping area. We immediately make the rather strange discovery that most restaurants and stores close when night falls – for reasons of security! 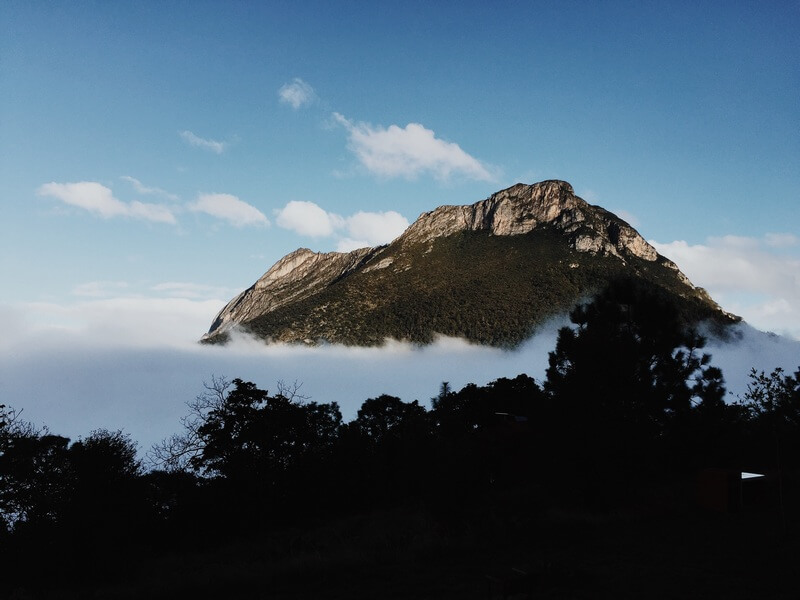 The roads on the way in are rather boring and the city is shrouded in smog and it’s really chilly in the morning and the evening. The longest street runs for 23 km, which is not so much when you consider the city is 90 kms across. There are armed police on every corner – in full body armour and carrying shields. The main square is packed with people and is dominated by the  Metropolitan Cathedral. But in spite of all this I have to say that I still find it a beautiful city; and in search of the best view and to get away from the crowds climb to the rooftop of one of the highest builings in this part of the world. 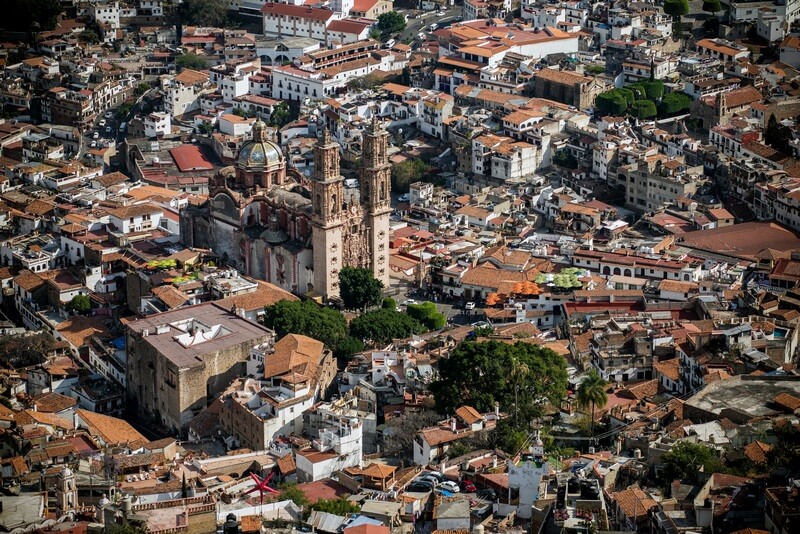 What a small place the world is! I get the impression that we see the same people every day since there are not so many tourists – and what’s more we encounter a Croatian taekwondo presence here. It’s interesting what we hear about our country from the Mexicans. They think that we are still at war, that we were part of the USSR and that our national hero is Davor Šuker. It’s both funny and rather sad… But the food here is wonderful. Every meal we eat is delicious, though our waiter insists that it’s nothing special. But we treat it as we would coffee in Croatia – they don’t seem to know how to make good coffee, so it’s a spicey breakfast that gets us going in the morning. We take a ride in a van down the Panamerican, a highway leading all the way to the southernmost part of South America. Escaping from the city to the archaeological excavations of the pyramids of the Sun and Moon and sampling the local  tequila is a very good idea! In this way we enounter stories of so many nations, tribes, conquests, cartels and  revolution! 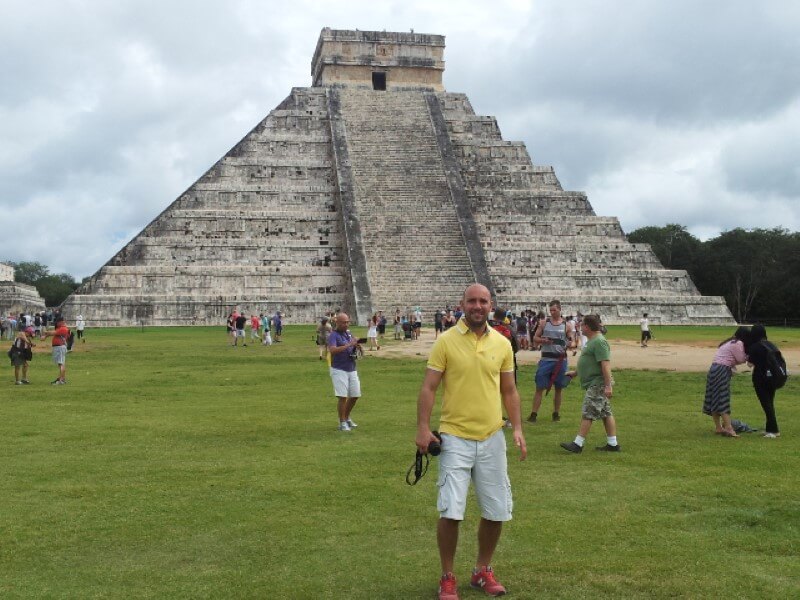 At the end of our stay in this huge city we need time to absorb all the new information and our impressions. But it’s time to pack away our winter clothes and move on to Cancun. Hiring a car is one of the best options for getting about in Yucatan. The first thing we want is to feel is the magic of the sandy beaches of Cancun – but most of them beyond the hotel are not accessible to us because they are privaltely owned..  Most of the Yucatan is a vast marshland and jungle with very few roads that lead to the sea. But for their leisure facilities the locals reckon they can rival Las Vegas! 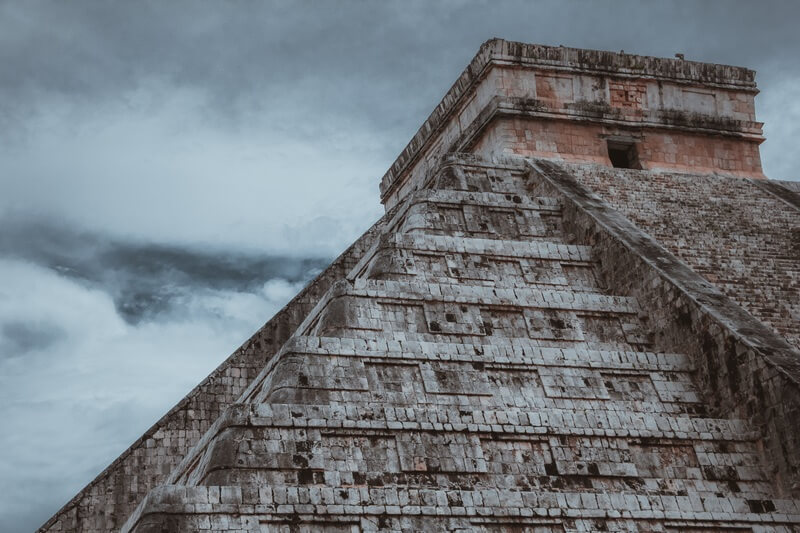 Once we get used to the summer heat and the humidity of 80% it’s time for us to go to one of the New Seven Wonders of the World: Chichen Itza. We learn a lot about the Maya, and compare the customs of the Aztecs, Olmecs, Toltecs and others and admire their skills in architecture, astronomy and mathematics.

This is a country of wonderful people – and some of the world’s top athletes. Here you are offered a simple choice – the Homeland or Death… My impression is that South America is a whole continent of fervent patriots: that is certainly true of Cuba. Here you can feel everywhere the residues of the of the past. Only Havana is being slowly reconstructed. Returned to its former glory, there are children playing on the streets, old men watching from the doorways, and music – and happy faces – on every corner. The Internet is one of the more modern luxuries here – at a cost of 5 euros you can log on to a rather erratic connection to the outside world. There’s a choice of 5 types of cigar – Cuban, of course. 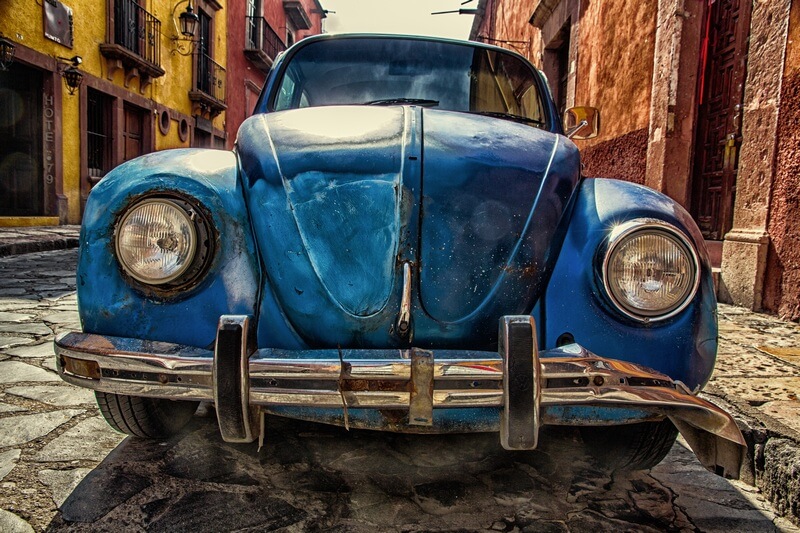 Dollars are not a currency you want to carry in Cuba because they carry a tax of 10%. Canadian Dollars or Euros are a better bet. ATM’s are rare – and ones that actually work even more so! New cars are scarce – but it’s a paradise for fans of classic cars, which are available for hire and serve everywhere as taxis. 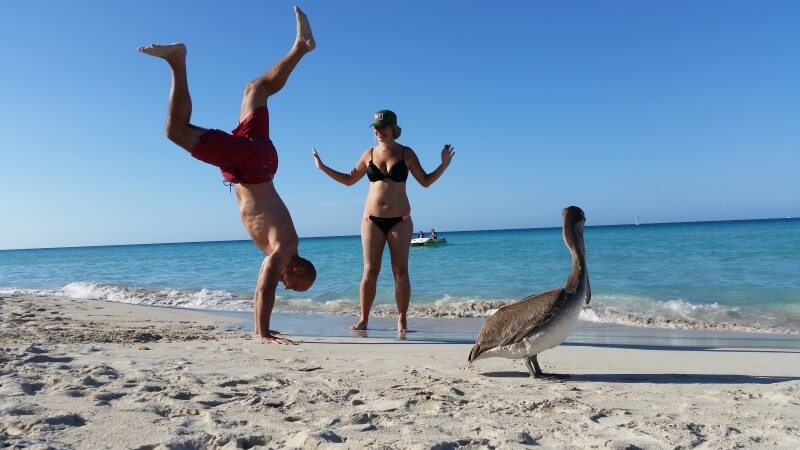 There is huge variety in Cuba – from beautiful beaches to delapitated Havana; from magnificent history to the dubious present. And the future? It will certainly bring fresh changes: the cruisers will be here soon, and with them the souvenirs made in China. The old Cuba is slowly disappearing: this island of laughter, dancing, rum and tobacco plantations is under going some dramatic changes. 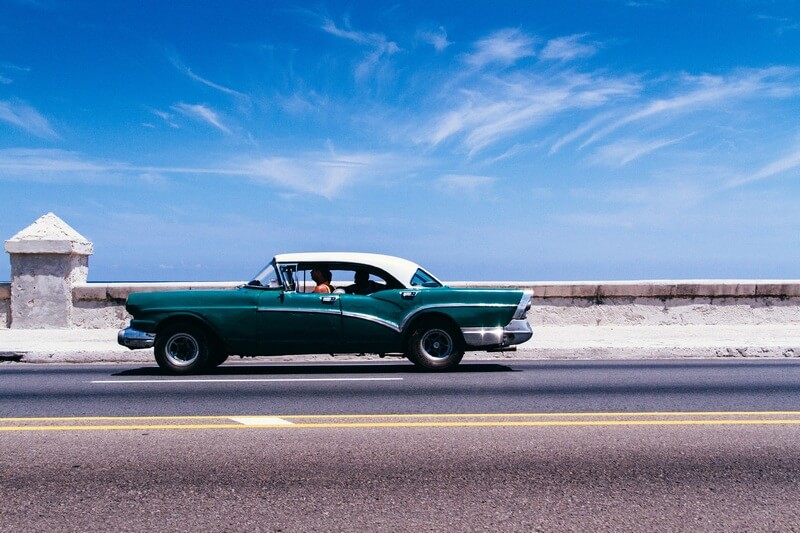 So what, after this brief taste, is Cuba for me? It is certainly an extraordinary place, with so many varied and striking facets – but, I am forced to confess, its many unique sights and flavours are beyond my own powers to evoke, either in words or pictures …