Croatian cuisine is heterogeneous with many localised regional specialities, but there is a particular recipe that can be found in every part of Croatia. People here have always enjoyed numerous versions of dough-based recipes. For example, pasta is one of the most popular food items in Croatian cuisine, especially in Dalmatia, but the Croats have another popular and particularly interesting variation, and that is dough made with potatoes. If you’ve never tried it, it is time you give it a go. 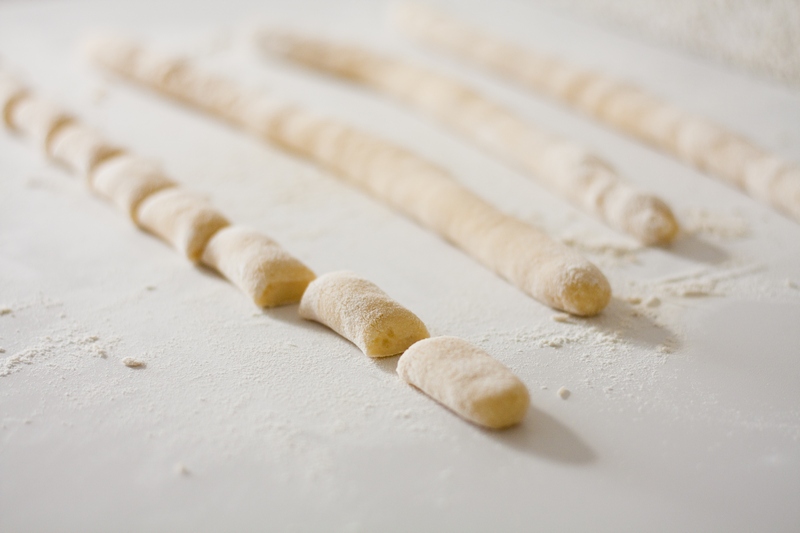 Potato dough is very common in Croatian cuisine, and people here enjoy it in various types and shapes of dumplings, gnocchi and such. Potato dough is popular for making njoki (gnocchi), often served with pasticada or goulash, croquettes, but also for making plum or cheese dumplings which are boiled, and then fried in breadcrumbs and butter. How is it made? It’s actually pretty simple. All you need to do is cook the potatoes, add a bit of butter and mash them. You then incorporate flour and egg into it and knead until it forms a dough. The dough should be soft and still a bit sticky, otherwise the dumplings will be tough when cooked. You can also bake the potatoes instead of boiling them, then peel them, mash and use as mentioned above. Baked potatoes contain less water than the boiled ones, so certain recipes call for the baked variety. 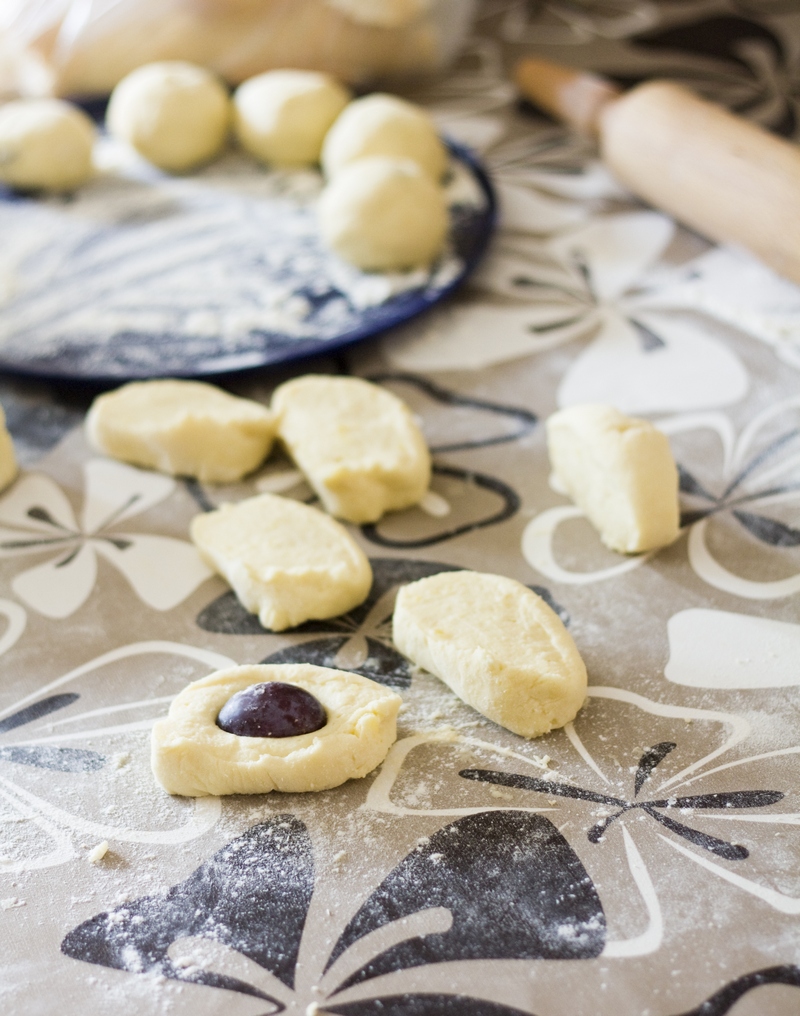 Even though they’re sweet, people often eat dumplings for lunch. But they can also be eaten as a dessert, or as a meatless main course. Gnocchi are usually eaten as a starch accompanying a meat dish. One of the most common potato dumplings are the ones filled with plums: either fresh plums or home made plum jam. Of course, you can use any type of fruit or marmalade for the filling but personally, plums are my favourite. You can also add some cinnamon to the breadcrumbs. The traditional way of serving them is with sugar and sour cream on top. 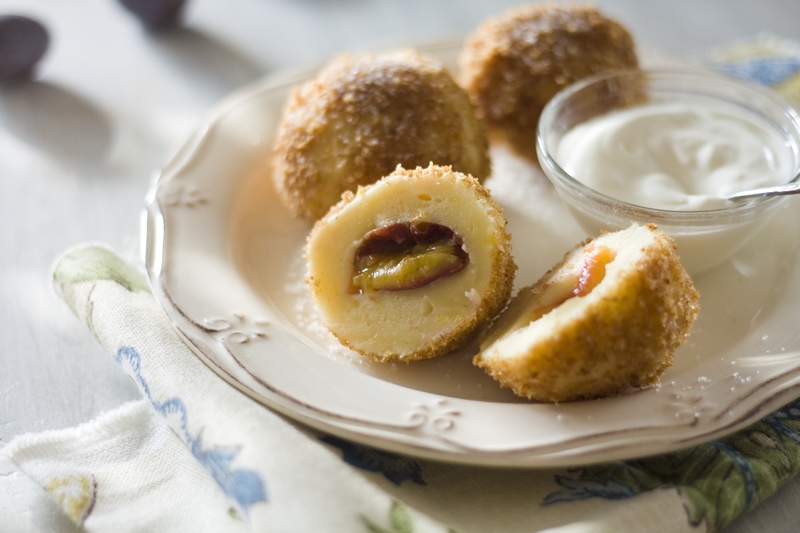 Peel potatoes, cut into cubes and cook in boiling water. Drain and mash. Add butter or lard to it. When the mixture cools slightly, add egg and flour. Knead until the dough forms. Shape into a log (on floured surface) and cut pieces, about 0.5 inches (1.5 cm) thick.

Wash and pit plums, cut into half. Put each half into a piece of dough and form into a ball.

Heat oil and fry breadcrumbs combined with cinnamon, until golden. Use low heat, make sure not to burn them. Roll the cooked dumplings in breadcrumbs. Serve sprinkled with sugar and a tablespoon or two of sour cream.