This is a traditional recipe of Croatian Plešivica region, otherwise known for its magnificent wines. Plešivica is a green, hilly region some 30km southwest from its capital Zagreb. Savoury pies have been made throughout Croatia for centuries, influenced by all kind of foreign cuisine types that found their way onto Croatian territory. They say there is nothing like pies made with homegrown ingredients, but no matter where you get them from, you can prepare a wonderful meal that can serve as breakfast, lunch or dinner. 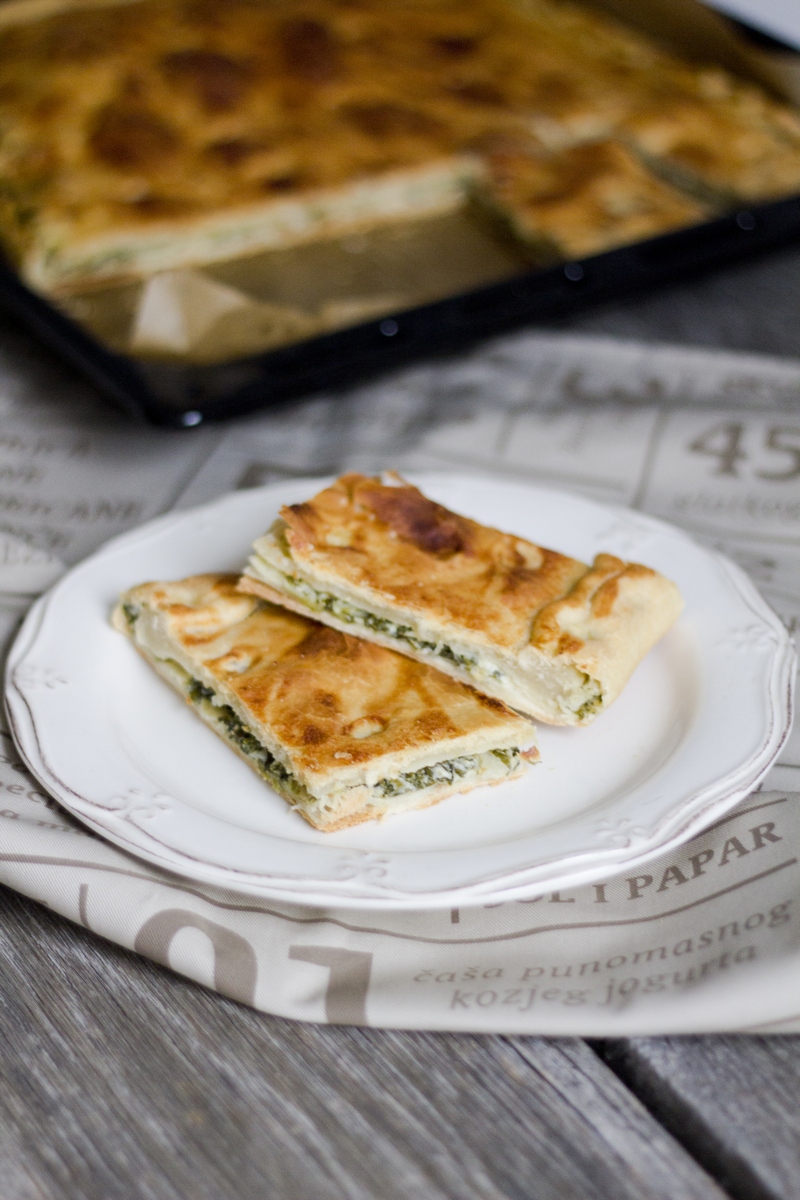 This pie is locally called Copanjek, deriving its name from the Croatian word coprati, which basically means to practice magic. Our grandmothers and mothers used to make it from whatever seasonal ingredients there would be in their garden. The point was to make a delicious pie from whatever you have on display in your fridge, garden, or available at that moment (hence the name copanjek). The recipe calls for lard (pork fat) in the dough, which makes it very gentle, with that melt-in-your-mouth effect. I used spinach for the filling, but you can use whatever greenery you have on hand. 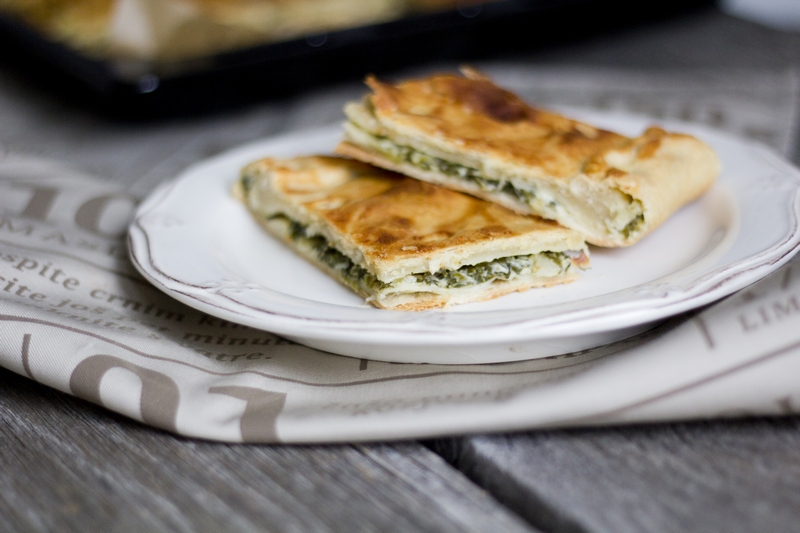