Chocolate truffles are one of those ultimate treats for people who like chocolate. They are easy to make and melt in your mouth, but there are a couple of points to keep in mind if you are into mastering these delicious treats. So let’s get technical. 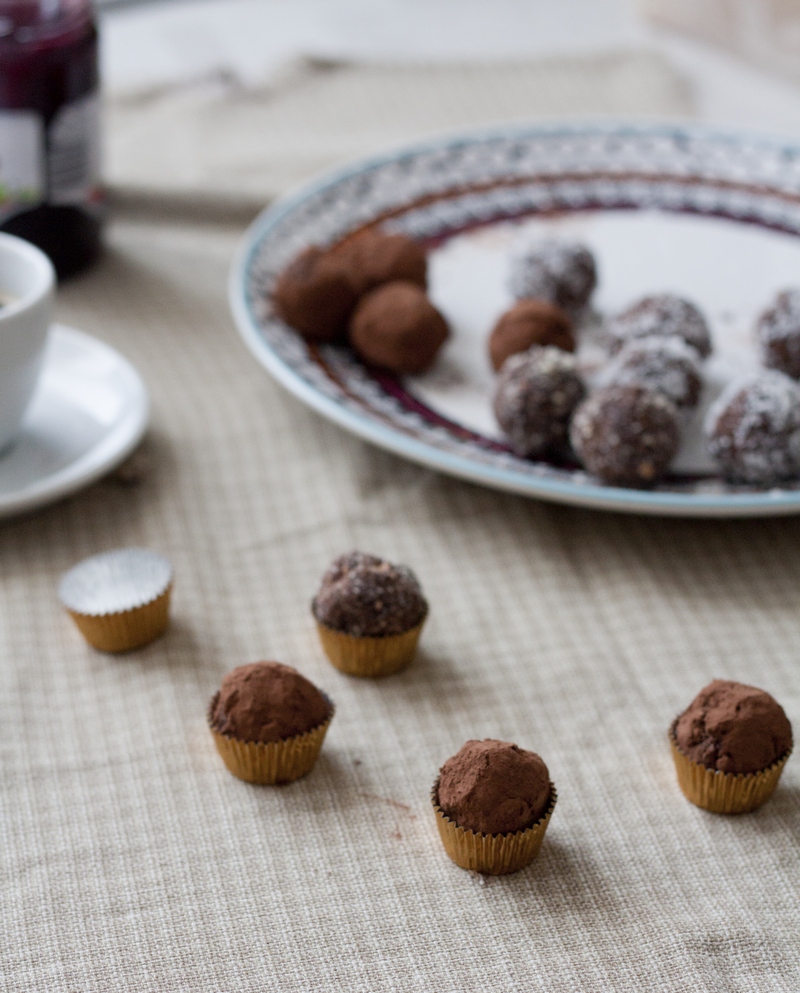 That creamy, delicately flavored chocolate stuff found in the center of a rich truffle is called ganache. In French, the term ”ganache” means fool. The story goes that it originated in France around 1850, from a mistake that a chocolatier’s apprentice made, causing the chef to call him “ganache”, when he spilled cream into liquid chocolate that he was stirring. All ganache starts out with a rich mixture made from varying proportions of chopped chocolate and boiled heavy cream, cooled and mixed in certain ways, yielding different results. Ganache can be flavored, have extra ingredients added, such as butter for richness, and corn syrup for shine and flow properties. To make thick ganache (used for tart filling, truffle centers, and as filling and/or icing for cakes and cupcakes), you add less cream. 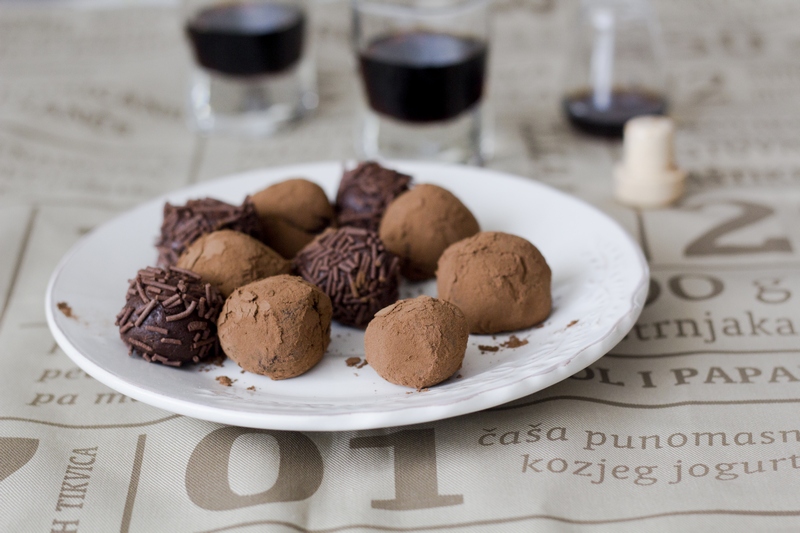 To make thin ganache (used for glazing cakes and pastries), you add more cream. At first glance, it appears that ganache is a simple mixture of just two ingredients, but there’s a lot more science going on behind the scenes to give you a successful ganache mixture that won’t separate, become grainy, hard, crack, curdle or too firm. As a general rule, the higher the fat content of the cream, the richer and more stable the finished ganache will be. The milk solids in the cream also help thicken the ganache and the butterfat lends smoothness and moistness. I like to use heavy whipping cream and a high quality dark chocolate. Using milk or white chocolate just note that they are more temperamental; they contain milk or milk fat, unlike dark chocolate, making them more susceptible to damage from heat. 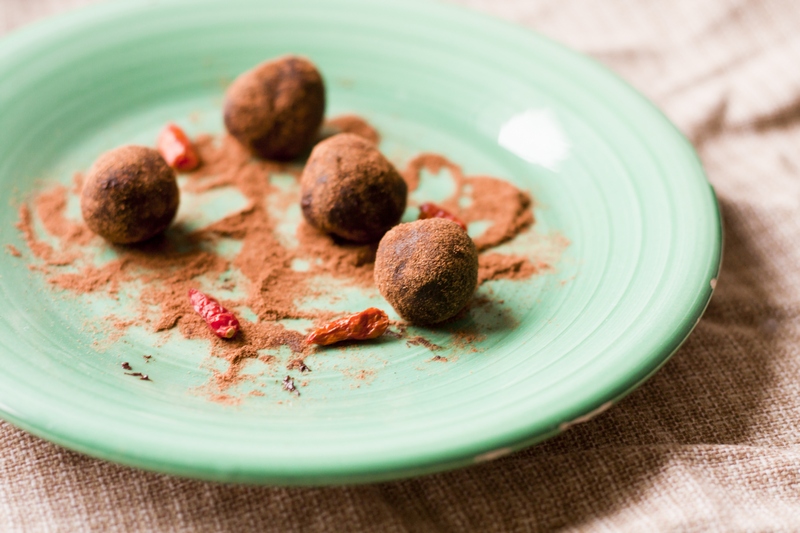 Because of the milk, they also make “softer” ganache, so it is important to lessen the amount of cream used. Once made, ganache needs to thicken if it will be used for anything other than a glaze. First cover with a piece of plastic wrap pressed on the top of the ganache so a film does not form, then chill the mixture in the refrigerator until it becomes thick. The ratio of cream and chocolate you’ll need to make chocolate truffles is two parts of chocolate to one part of cream. For a rich chocolate frosting, you need an equal ratio of cream to chocolate. If you want a chocolate glaze for cakes, you need one part of chocolate to two parts of cream.

Let’s move on to the recipe 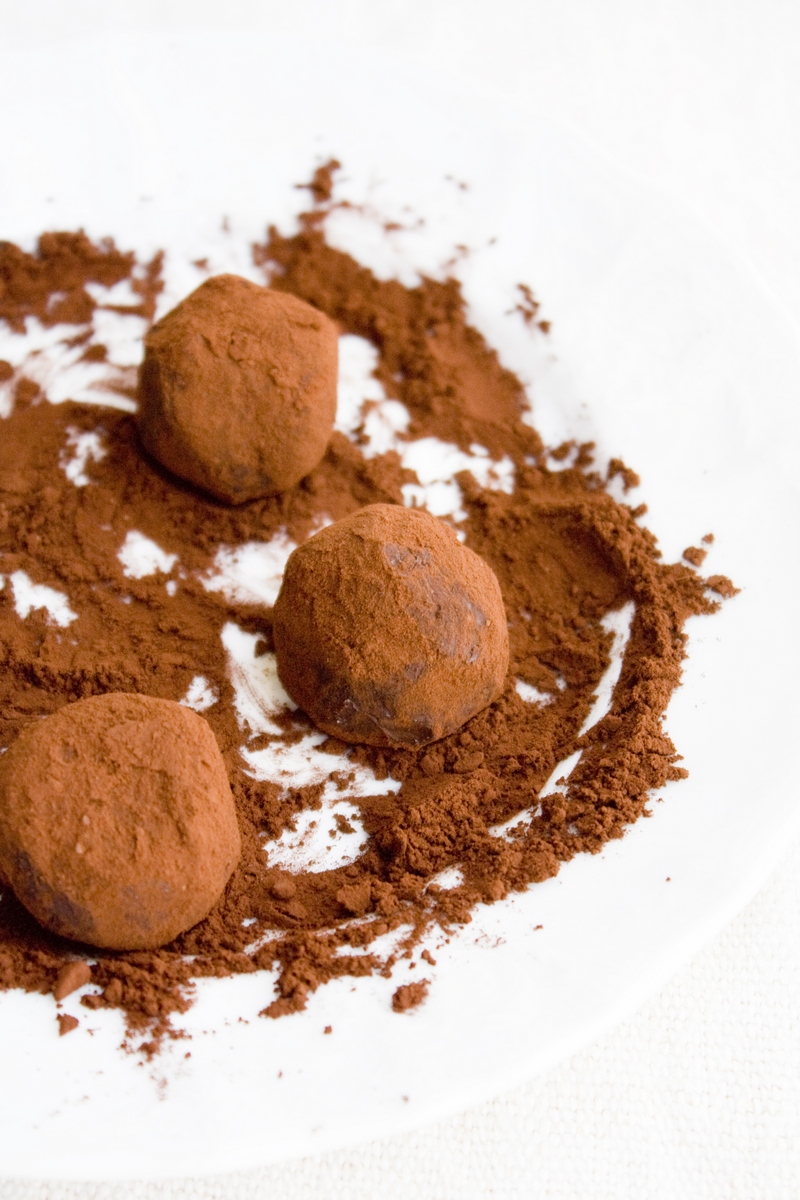 1. Finely chop the chocolate. Heat the cream almost to a boil (remove right before it starts boiling). It is important to do this so the boiling cream wouldn’t burn the chocolate, as it would curdle and have lumps. Pour the cream over chopped chocolate and stir until you get a uniform mixture and it combines completely. At this point, you can add a bit of flavouring of your own choice.

2. Pour the mixture into a shallow dish, cover with plastic wrap and refrigerate for about an hour. Scoop out the mixture and roll them between your hands. Then roll them into cocoa powder or ground/chopped nuts.